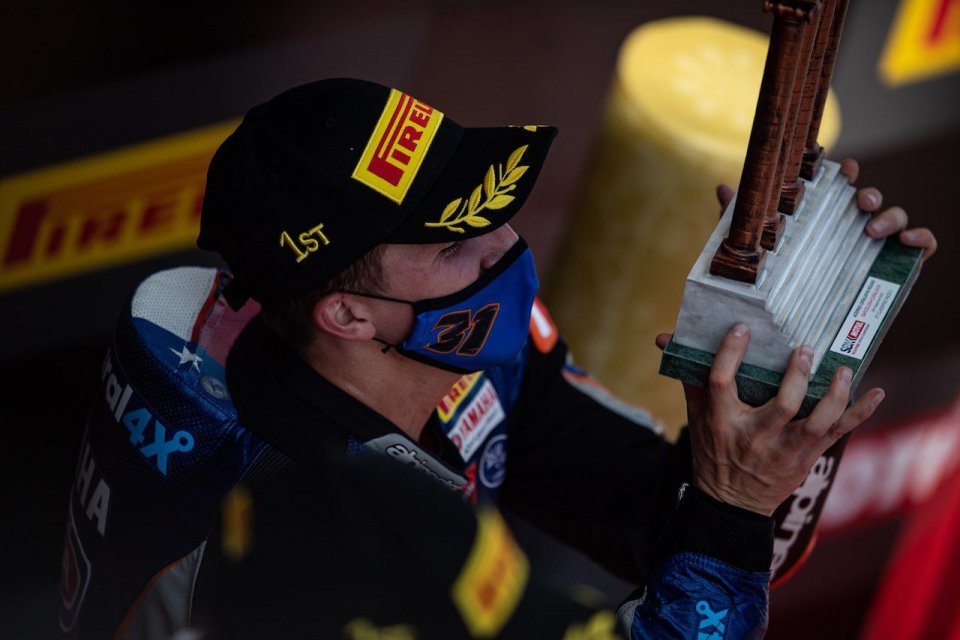 What can we say but hats off to Garrett Gerloff. He was at the starting blocks of this World Championship without knowing the tracks and in his first season, but he still reached the podium. We can only applaud him for what he demonstrated in Barcelona.

His performance really moved us, especially because of that awesome head-to-head where he fought until the last corner for a second place, even if van der Mark prevailed, but the lowest steps of the podium are the ones that are worth gold.

An American on the podium hasn’t happened since the days of a certain Nicky Hayden.

“What can I say. It’s  a dream come true for me,”  the GRT rider exclaimed. “This podium is for Nicky Hayden. He was a role model who inspired me and, at the same time, he taught me to be a rider. I trained many times with Hayden, and it was Nicky who made me understand that, in life, everything is possible if you commit to it.”

Garrett then talks about the great American who unfortunately is no longer with us.

“Nicky was a great person, and I also know his brother well. I still can’t  believe what I did today. I’m living a dream. It’s a unique sensation, because this result comes after so many efforts and sacrifices. Like I said, this podium is dedicated to Hayden. When I was 11, he had won the World Championship,  and I still didn’t know him, but seeing him on TV was wonderful.  Today, I’m here on this podium, and this third place pays off all the efforts of these past years.”

What can we say about this American rider who leapt onto the podium in the first season. And now there are those who want him on the factory Yamaha team next year.

“That’s true, this is my first Superbike season, but I have to say that I’m prepared. I did the tests here in Barcelona, as well as in Jerez. Inside, I was aware of what I’m worth, and I knew I could do some good races, trying to fight it out with the best. Today, I’m here on the podium to celebrate.”