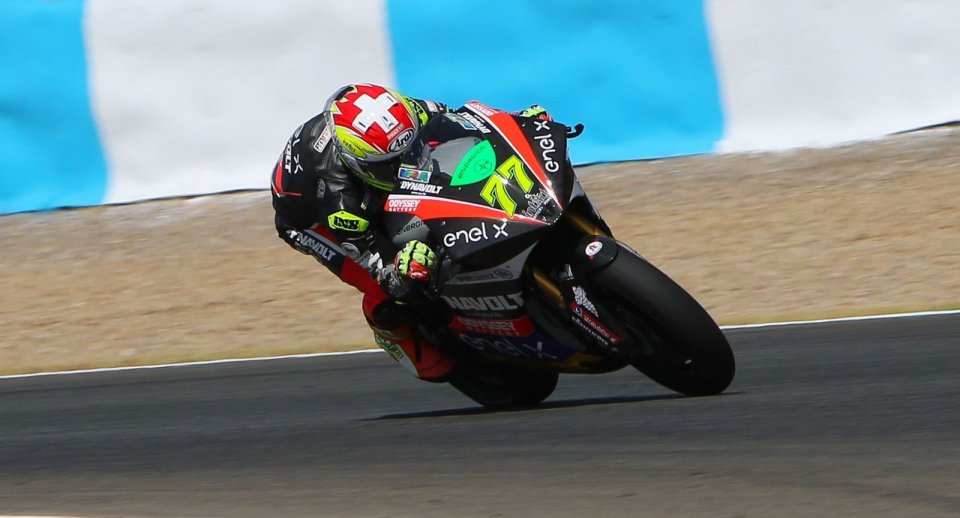 At the Misano World Circuit the first of the two rounds reserved for the FIM Enel MotoE World Cup took place, reserving a lot of excitement and surprises. In yesterday's free practice Dominique Aegerter worked with dedication on the pace and in Race 1 this afternoon, he won as championship leader. A victory that broke Matteo Ferrari's hegemony thanks to a superb overtaking move on the last lap.

When the lights went out, the reigning champion got off to a perfect start from the second grid slot, setting the pace from the first corners.

With the crash of Lukas Tulovic (Tech 3 E-Racing) at the Variante del Parco, Matteo Ferrari (Trentino Gresini MotoE) dominated the race from the first to the last lap (or almost) without ever being worried.

In an elimination race, which also saw crashes for Eric Granado (Avintia Esponsorama Racing) and Xavier Simeon (LCR E-Team) at Rio and Alex De Angelis (OCTO Pramac MotoE) at Carro, the fight for victory was soon down to three riders: Ferrari, Aegerter and Torres.

At the end of a long study phase, the decisive moment of the race came on the penultimate lap, when Aegerter (Dynavolt Intact GP) decided to make his move by attacking first the poleman of the day Jordi Torres (Pons Racing 40).

As if that were not enough, the Swiss rider was not satisfied and, on the next lap, he made a move on Ferrari at Quercia and then overtook him at Carro. A decisive, clear attack, just enough to take command.

In the last two corners Ferrari tried in every way possible, unfortunately ending up beyond the limits of the track at Misano 2. A fatal mistake for the final classification.

For Aegerter it was the second victory of the season after the Andalusian GP, ​​thus allowing him to increase his lead in the riders’ standings to 19 points.

After his off-track excursion, the race direction imposed a penalty on Ferrari which demoted him to third place behind the Spaniard Jordi Torres. For the Gresini team man the gap from Aegerter has now increased to 21 points.

The MotoE protagonists will be back in action tomorrow morning, at 10:05, for the start of Race 2 (immediately after the MotoGP warm up) with Dominique Aegerter in pole position.