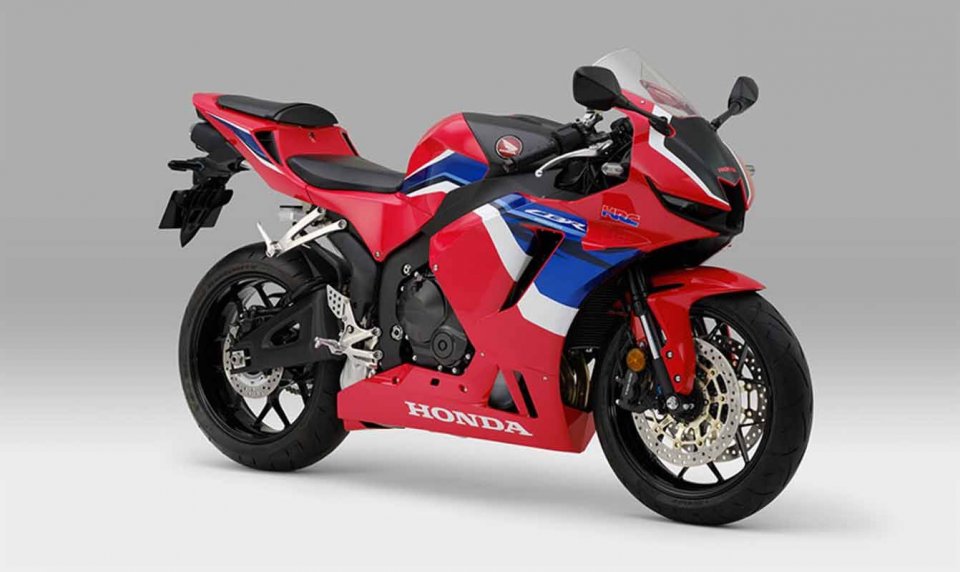 CBR600RR was developed as a right-sized Super Sports model which enables riders to enjoy high potential of a base production race model in their everyday lives. With this all-new model, the development team further pursued the “pleasure of maneuvering” by further refining the distinctive features of previous CBR600RR models.

This includes high-power yet controllable output characteristics and agile handling, while simultaneously achieving excellence in on-track performance and rider-friendliness on public roads, including winding roads at a high level.

The power unit of the all-new CBR600RR achieves the maximum power output of 89kW. To achieve this higher maximum power, the engine speed at which maximum power is attained was increased by changing materials used for key components such as the camshaft and crankshaft. Both intake and exhaust efficiency also were increased through various measures including reshaping of the inlet port, enlargement of the throttle bore diameter, optimization of the size of various parts of the exhaust pipes, as well as changes in valve timing.

To support a fun riding experience, the all-new CBR600RR features the latest electronic control technologies. Made possible by the throttle-by-wire system (TBW) in which the throttle valve is controlled with extreme precision based on the rider's throttle grip operations, the all-new CBR600RR features the riding mode system which enables riders to select from different riding mode options depending on riding conditions and their preferences.

The all-new CBR600RR also features exterior styling which realizes both outstanding aerodynamic performance and functional beauty in the pursuit of outstanding on-track dynamic performance. Optimization of projected front and lateral areas and the lowest drag coefficient in the class contributed to the improvement of wind-resistant performance and the realization of agile handling. Moreover, winglets which effectively generate downforce are positioned on the left and right sides of the leading edge of the front cowl to further increase stability while entering corners or turning while accelerating.

Key features of the all-new CBR600RR

•    In order to ensure high performance in production bike racing, the engine speed at which maximum power output is attained was increased to 14,000 rpm, by changing materials used for key components such as camshafts, valve springs and the crankshaft. Along with this increase in engine speed, both intake and exhaust efficiency were increased through various measures: the diameter of the throttle bore was enlarged and the inlet port reshaped for intake system; the size and thickness of different parts of the exhaust pipes were optimized for the exhaust system; and changes were made to valve timing. These changes resulted in the achievement of a maximum power output of 89 kW.
•    The efficiency in the cooling combustion chamber and area around the exhaust valve seat was increased through the reshaping of the water jacket for the cylinder head.

•    The all-new CBR600RR is equipped with an IMU (Inertial Measurement Unit)-based vehicle attitude estimation system. By combining vehicle attitude data with the ABS*2 and Honda Selectable Torque Control (HSTC)*3, the all-new CBR600RR provides the “pleasure of maneuvering” in accordance with riding conditions.
*2 ABS is designed only to provide support for a rider's braking operations. Therefore, as with motorcycles without ABS, sufficient reduction in vehicle speed is required before turning, and riding control should not be careless or reckless. When ABS is actuated, the system's operation is made known through 'kickback' pulses felt at the brake lever. *3 Honda Selectable Torque Control (HSTC) is not a system to prevent slips from occurring. It is designed only to provide support for a rider’s accelerator operation. Therefore, as with motorcycles not equipped with HSTC, riding control should not be careless or reckless.
•    The all-new CBR600RR is equipped with a throttle-by-wire (TBW) system where the accelerator position sensor (APS) detects the angle of the rider’s throttle grip opening and sends a signal to the ECU. The ECU then sends a drive signal to the TBW motor to control the throttle valve. The all-new CBR600RR also features riding modes that combine different control levels of the Power Selector, HSTC, Wheelie Mitigation Control and Selectable Engine Brake. Riders can select a riding feel in accordance with the riding conditions and their preferences.

•    The styling for the all-new CBR600RR incorporates aerodynamic technologies which were fed back from racing activities where aerodynamic performance is thoroughly pursued. Such styling contributed to the improvement of wind-resistant performance and the realization of agile handling by optimizing projected front and lateral areas and achieving the lowest drag coefficient in the class. Moreover, downforce generated by winglets whose position, shape and installation angle are optimized contributes to the improvement of vehicle stability while entering corners or turning while accelerating.

Color that presents a racing image