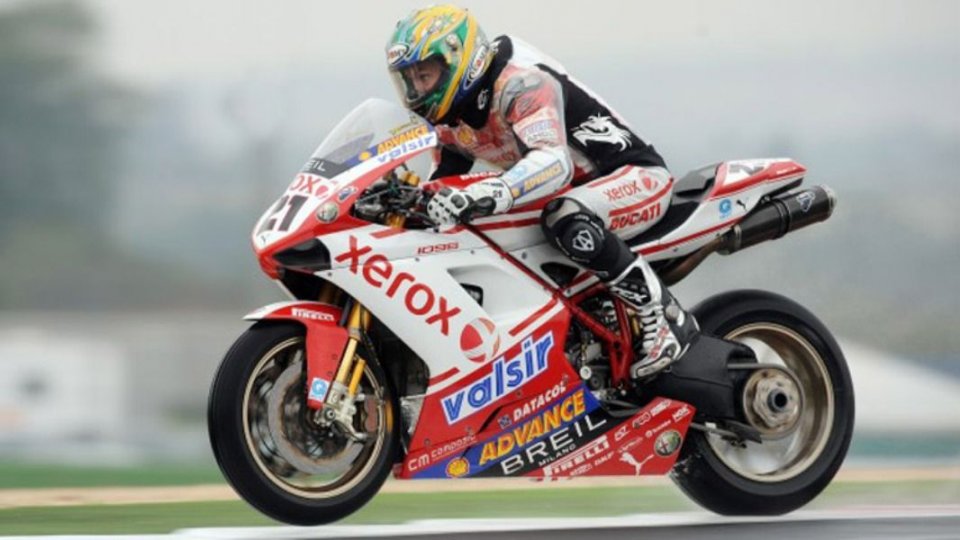 If you think of Ducati, it becomes almost impossible not to connect the Italian manufacturer with one of its racing symbols, the legend from Down Under, Troy Bayliss, who won three Superbike World Championship titles on the Borgo Panigale bikes.

His last appearance on the track dates back to one year ago, on the occasion of the round of the Australian Superbike Championship. Then the injury that forced him to give up racing permanently. He thought it was better to focus on the growth of his son Oli, even if the passion continues to flow in the veins of the legend.

Just these days, Troy has been speaking about that experience riding the latest evolution of the Rossa, the Panigale V4R: "It was fun - he commented, according to what was reported by our colleagues at Speedweek - The bike is a bit different and definitely feels more like a GP bike from a few years ago".

For the Australian, however, true love seems to lie elsewhere: "But I’m old and I like older motorcycles. I like the old Twins, I love them all, the 998, the 999 and also the 1098. I won the World Championship with these bikes, so they mean a lot to me. I still think these bikes are very nice.”

It's true that you can't control the heart...