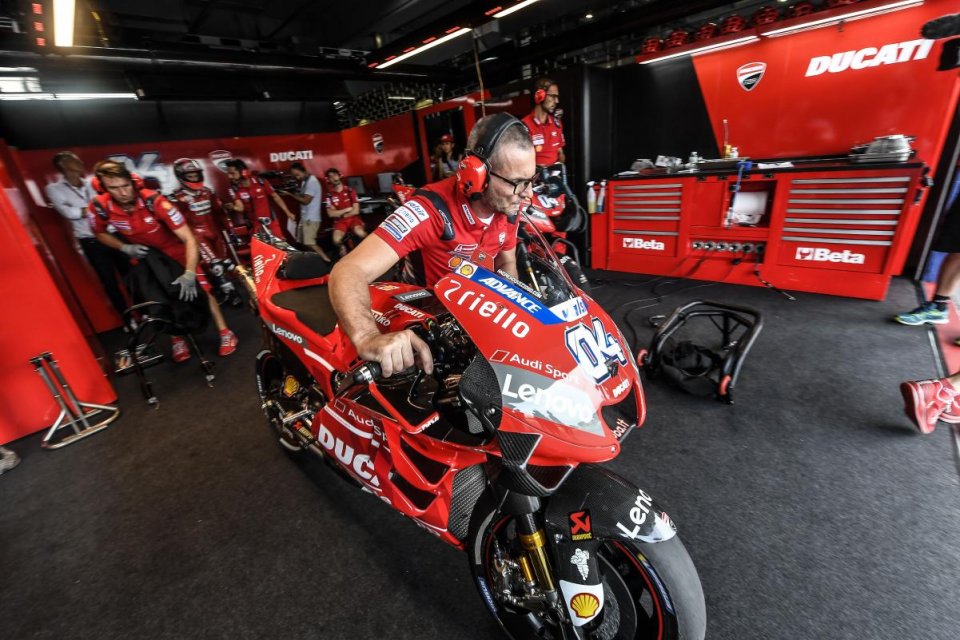 At least a restart is now on the cards, but where, how and when are the important questions that Dorna has had to deal with in recent weeks. For months, the championship organizer has been studying different solutions to try and get the show on the road after the spread of the coronavirus, but at the moment the road ahead is not exactly simple and clear-cut.

First of all, because we are facing a situation in constant evolution, which involves all the countries of the world, despite the fact that we are talking about a ‘phase 2’, which will start in Italy on May 4th, while in others it has already been underway for a few days now.

The fact is that Dorna's goal is to try to start in August, with the race at the Red Bull Ring, a track that will also host the first Formula 1 round of the season. Despite the fact that some questions still remain, the only certainty is that the organizer has sent a letter to the teams to begin to understand how many people can move for each team, starting from MotoGP up to obviously Moto3.

As far as the premier class of the World Championship is concerned, the number is 40 people per team including riders, team managers, mechanics, engineers, chief mechanics, specialists, basically all those figures deemed necessary. Taking a look at the MotoGP satellite teams instead, in this case the figure drops to 25 units.

One mustn’t forget the Moto2 and Moto3 teams, for which there is a limit of twelve people. In short: the numbers are clear for what will be a ‘locked down’ World Championship in all respects, where the public, hospitality and the media will also be excluded. There is still no confirmation on the latter point, although in all likelihood we are heading in this direction. Instead, an open door will remain, or rather a crack for photographers, for whom there will be a targeted and limited selection, in order to send the material to teams and media. Still remaining with the media, the only openings will be for broadcasters holding TV rights.

Finally, among those who will have access to the circuit, there will also be the staff of the Clinica Mobile and the medical centre, to which must be added the members of IRTA, Dorna, Race Direction and officials. All for a figure that can vary from 1300 to 1500 units.

In recent weeks we have heard a lot about a possible restart of the MotoGP World Championship, so much so that Superbike seems to have vanished into the background. Obviously Dorna has not forgotten the production-based series, since the organizer also asked the teams for their numbers strictly necessary for track activity.

As for Superbike, as Dosoli told us yesterday, the number of members per official team is twenty, virtually half of MotoGP. For private teams, however, it will not be more than ten units. Eight even for SuperSport teams that foresee the presence of two motorcycles on the track, such as MV Agusta, for example, while for teams like Evan Bros, which have only one rider, no more than five would be enough. The SSP300 would be following a similar line.

Once again, hospitality and media will be excluded. All this for a World Championship that foresees no more than one thousand people circulating in the paddock.