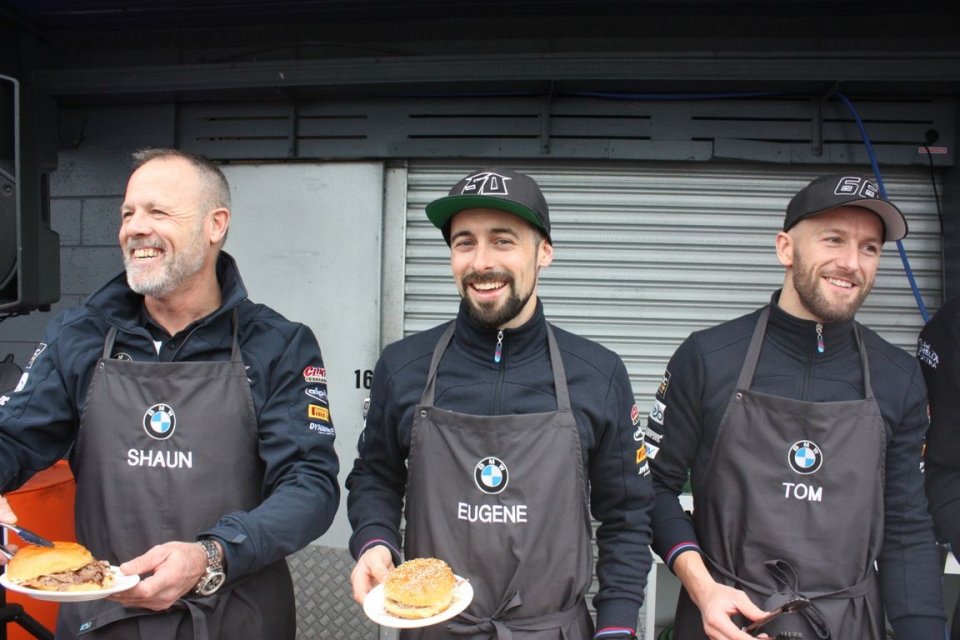 New year, new team. There is perhaps no better way to define what Eugene Laverty's adventure is on the BMW. In the summer, Shaun Muir's team had its eye on him and it took very little to secure him.

Between expectations and innovations, the rider from Northern Ireland is slowly studying the S 1000 RR after his previous experience with the Ducati V4. Two bikes that have very few things in common, especially with regard to the style required in riding them. The Phillip Island weekend will begin tomorrow, and everyone is curious to find out how competitive he'll be with the German bike.

“Here we are ," Eugene began."I was looking forward to this start of the season, and I can't wait for the first session on Friday morning. In the tests, we tried to improve all those areas where I still suffer a little, but I think it's normal, since this is a new bike for me, which I need to figure out in detail."

"I can imagine. The frame is fantastic, although I already knew this, seeing Tom in action last year. I must say that, in long corners, the bike offers great stability, and this is an aspect that surprised me very much. Here, in Phillip Island, the corners are longer, so the frame could help the S 1000 RR.”

Sykes was fast on the flying lap, but then he ended up in the rear during the race, struggling in terms of engine.

“That's true, but we have to remember that Tom used a Stock engine last year, even though he managed to be competitive in the flying lap in qualifying. Obviously, with regard to the engine, we're not yet at the level of  the Honda and Ducati, but this is not a decisive aspect, and the Kawasaki demonstrated this."

What should we expect from Laverty's debut with the BMW?

“My goal is to be on the podium as soon as possible, even if this track is perhaps not ideal for my qualities. Obviously, I'll do my best to be constant and get the best result."

Eugene, how complicated was it to get off the Panigale V4 and get on the S 1000 RR?

“I have to admit that I struggled in the tests in November, but then I was able to improve, getting to know the bike better each time. Having Tom by your side allows you to look at his data and learn from him, since he has more experience than me."

In the end, you ended up in the same situation as Bautista.

“In the last five years, I've raced with the V engine and getting on the inline-four represents a great change for me. I honestly believe that this type of engine can better exploit the performance offered by the tires. Besides this aspect, I'd like to underline that the project is young and, consequently, it'll take time to improve."

What do you think of the difficulties encountered by Bautista?

“This is the first true Superbike that Alvaro rides and, consequently, he'll have to get used to it, since the Panigale V4 was a MotoGP. He has never ridden a Superbike with Pirellis, and this requires you to be more aggressive in riding. In fact, you have to attack the corners and then take advantage of the acceleration to be high-performing when exiting, rather than being smooth when cornering. With the MotoGP, you need to be fast in corners. With the SBK, it's the exact opposite. It' s a bit like going back to the time of the 750.”

Eugene, last question: what does returning to an official team mean?

“Last season was complicated, but now I'm in the right place, and I'm convinced that I have all the means to be fast. There's great harmony with the team, and I feel ready."