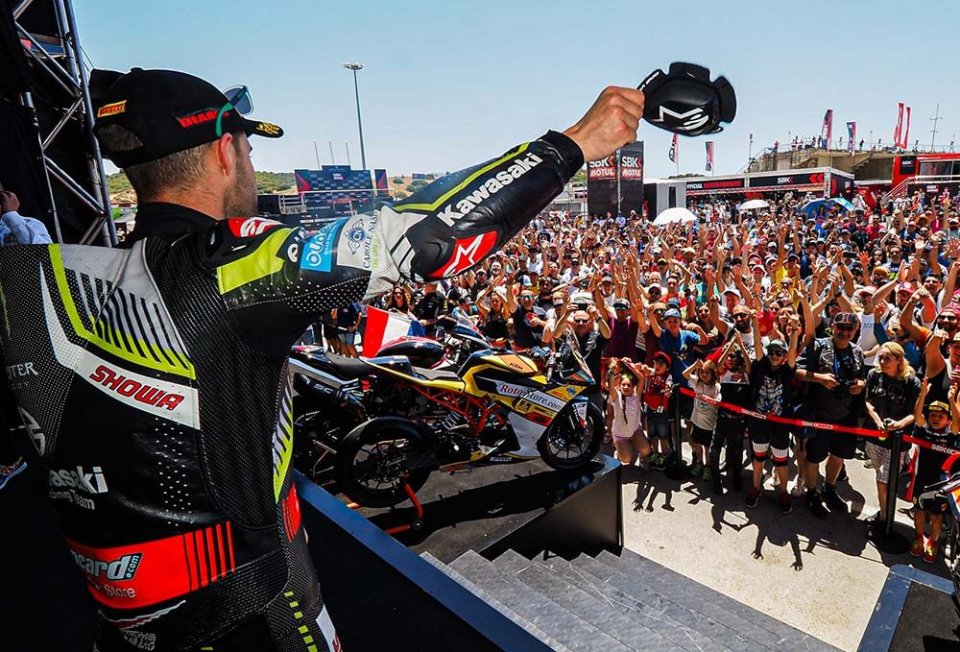 Phillip Island is one of the most beautiful circuits in the world and the track where the SBK World Championship will start very soon. Here are 10 curiosities about the Australian track.

1) Phillip Island is the track with most WorldSBK races run: 58. The first appearance of the Australian track in the calendar was back in 1990.

2) Ducati have collected no less than 65 podium finishes at Phillip Island: that is the third highest value in history for a manufacturer on a given track after the 81 podiums set by themselves in Misano and the 75 in Assen.

3) Kawasaki is the manufacturer to beat in Superpole here: they have got pole in the last five years, the absolute record sequence for Phillip Island (Ducati follows with 3 straight Superpoles in 2006-2008).

4) The closest finish in WorldSBK history happened in 2010 at Phillip Island in Race 1, as Leon Haslam won by 0.004s ahead of Michel Fabrizio.

5) The fastest ever top speed recorded at Phillip Island is 326.3 kph, set last year by Chaz Davies on his Ducati Panigale V4 R during the race.

6) The most successful rider at Phillip Island is Troy Corser with 7 wins, followed by Troy Bayliss at 6. Among the current riders, Jonathan Rea can have a shot at the top spot as he won here 5 times.

7) Australian riders have won their home race here 23 times out of 58, the last win was in 2008 with a double from Troy Bayliss. Since then, riders from seven different countries have won here.

8) Troy Corser is the record holder for podiums at Phillip Island with 12, but Jonathan Rea is approaching fast: he counts 10 at the moment, all obtained in the 11 races he run with Kawasaki here from 2015 onwards.

9) In all the 32 seasons run so far, the eventual Champion always finished the opening race in the first 5 places, with Tom Sykes and Jonathan Rea being the only Champions to start their winning campaigns with a fifth position in 2013 and 2018.

10) The British riders are set for a comeback at Phillip Island: they set the record for most consecutive wins by a country at this track with 6 straight from 2015 Race 1 to 2017 Race 2, but afterwards, they’ve not won, as both 2018 races were won by Marco Melandri and last year, Alvaro Bautista won all the three races.

Bezzecchi: “You need balls to go fast at Phillip Island”

Bastianini: "Phillip Island needs discovering, but I’ll be fast in...

The FS-3 Racing Kawasaki team continues to focus on young riders in the British Superbike. With Rory Skinner in the Moto2 World Championship, 19-year...
5 sec ago

His wife posted about his condition: “He is okay and in the best place possible. They will keep him in for a few days to monitor him.”
9 hours 11 min ago

Peter Oettl merges with Intact GP. The Swedish brand Husqvarna will race in Moto2 with Darryn Binder and Lukas Tulovic and in Moto3 with Ayumu Sasaki...
1 day 13 hours ago