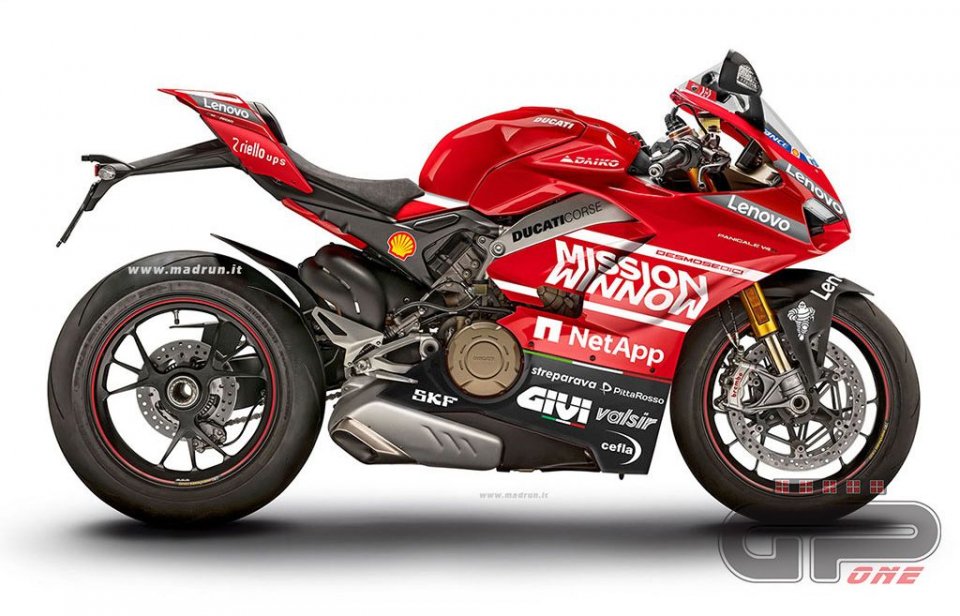 Last night we previewed the first information released by Ducati about the new Project 1708, a flagship of the Borgo Panigale company destined to make many fans dream. Today, however, is the time to get to know in detail the technical data sheet of a motorcycle that seems to really promise on paper all that Claudio Domenicali anticipated in his heartfelt message. Project 1708 is meant to draw a line between trying and doing.

This is the image leaked onto the internet:

Looking through the specs, the data that emerge provide more information about this ‘lethal weapon’, the cost of which will be out of reach for most people. Check out these mouth-watering data.

The price will be $ 100,000 (at least for the North American market) and all communication about the bike will begin in January

The dry weight of the bike will be 152 kg and it will be delivered in a livery inspired by the Desmosedici GP19 which raced in MotoGP in 2019 and equipped with Pirelli race tires.

The aerodynamic configuration will replicate that of the biplane of the GP16, which will allow it to generate a downforce of 50 kg at 270 km/h, a value 67% higher than the V4R and even higher than what the GP19 can do.

The body fairings will be entirely made of carbon fibre, while the engine will be able to generate 224 hp at 15,250 rpm in its original configuration.

By mounting the Akrapovic system offered together with the bike, this value will rise to 234 hp at 15,500 rpm.

The bike frame will be made entirely of carbon fibre for both the front and the rear.