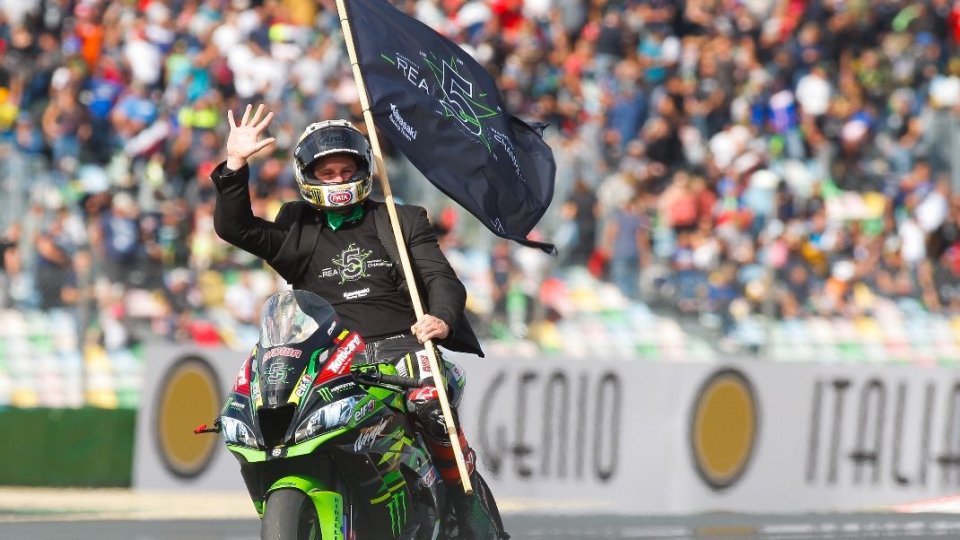 And to think he was never supposed to race again, when he crashed his MX bike in 2004. That was what the doctors said, yet the best was still to come for Johnny Rea and perhaps not even he could have imagined writing Superbike history 15 years later.

Yes, him, a man who hails from the small town of Ballymena, where a passion for road racing runs through the veins. A pity then that he preferred track racing, lining up in Ten Kate colours for the 2008 Supersport season. The ideal launch pad for Superbike, after three victories in 600 aboard the Honda. The reigning class was his destiny and a fourth-place finish at Portimao, in his debut race, the last race of 2008, was enough to bring him close to a podium that no-one would have bet on.

While there was talent, the Fireblade was not up to the task. And as if that weren't enough, Johnny was dealing with rivals of the caliber of Sykes, Spies, Checa Melandri and Biaggi, to name but a few. Yet the victories came, a total of fifteen with the CBR in fact. A pity that fighting for the title was something very different.

Johnny knew this, and so decided to bid farewell to Ten Kate, many words exchanged but few promises having been kept. He expected more from HRC perhaps, the manufacturer choosing him to stand in for Stoner in MotoGP but nothing more. Hence, tired of waiting, he said his goodbyes.

A rival for Sykes from day one in Kawasaki

A risky decision, in that the Northern Irishman would be sharing a garage with then champion Tom Sykes, who played the role of the protagonist. The wind was changing though and Tom himself started to realise this, as his team-mate clocked up win after win, causing him to melt like snow and lose by 150 points.

Winning his first title was also an opportunity to remove number 65 from his top fairing and replace it with the number 1, one which Johnny never wanted to remove. Then came the Cannibal nickname, proof of this coming in 2016, when he dominated the championship, beated the Ducati of Chaz Davies.

Johnny had become a steamroller and many started to see him as a threat to Carl Fogarty's four titles. Two very different eras, and two riders with very little in common. Johnny cold, calculating and methodical, The King invece passionate and hot-temperared with a dose of crazy, never a bad thing. The Cannibal's mind remained focused on his rivals though, the usual suspects, or rather Chaz Davies and Tom Sykes.

Two rivals who were never able to respond to what was total domination. And so Johnny equalled Fogarty's title count, while at the same time forcing Sykes to move on, to BMW in fact. Kawasaki was in Rea's hands, all he had to do was map out the path for them to follow.

Rea to Kawasaki as Mick Doohan was to Honda

Everything was coming easily to Rea but then came a rival he didn't expect, a certain Alvaro Bautista. One who quietly came in from MotoGP and was able to back the Cannibal into a corner, clocking up eleven consecutive victories. Alvaro seemed unstoppable, but it would take more to kill a Cannibal who prioritises consistency. Yes, because Johnny faced up to the Spaniard with a saber and foil, to the point that Bautista fell into a hole with no way out. And so the game is over, and once again the title is secured, for the fifth time. There's never been anyone like him. Before him, only Mick Doohan, who was unbeatable and unbeaten for five consecutive seasons in the 500 class.