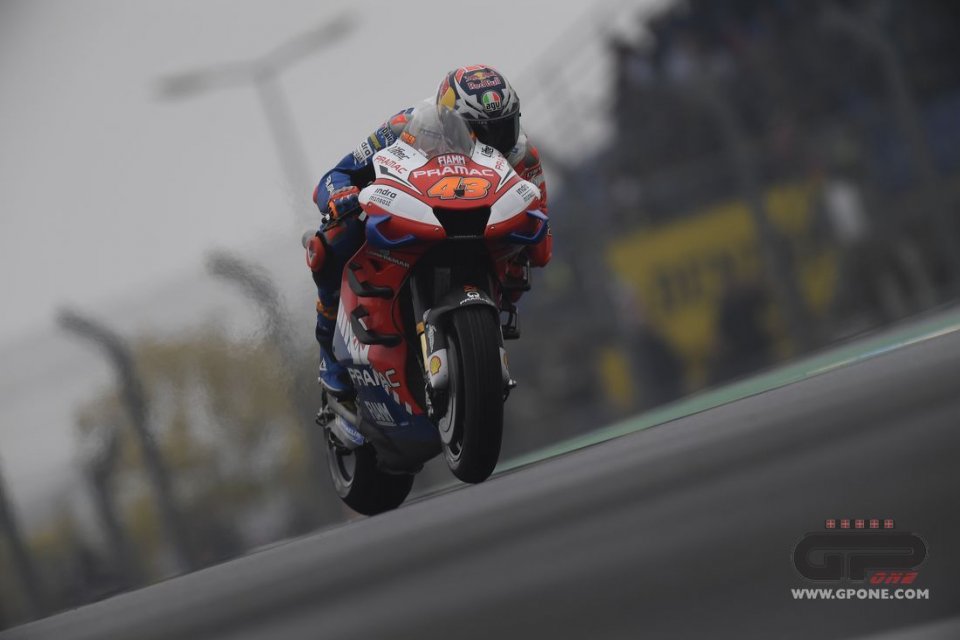 Today, in qualifying at Le Mans, Jack Miller surprised everyone. Not because of the first row he conquered but because he didn't mount the slicks. The Australian is a master at gambling, but he realized it wouldn't have paid off.

"I know everyone was watching me and thought I was going out with dry tires, but it wouldn't have been the right choice," the Pramac rider smiled. "I took a look at the track conditions in the Q1 and at the times of the FP4, and I mounted the rain tires.  I did well because, as soon as I entered the track, the rain started to intensify, and I realized that I had to push right away."

It was the same strategy as Marquez, and it worked for Miller, as well. Actually, he also imitated the world champion and ended up falling.

"I didn't expect the asphalt to be so wet, and I fell," he admitted. "I'm sorry for the team, with whom I did a great job, but I was pushing hard."

Now that the first goal has been reached, Jack would like to repeat the result he had at Austin.

"I'm confident. I can fight for the podium," he said. "I can keep a good pace, especially on dry asphalt. In the FP1s, I had my best lap with a tire that had 17 laps on it, even if everything went wrong in the afternoon.  If I could choose, I'd like to race in  dry conditions tomorrow."