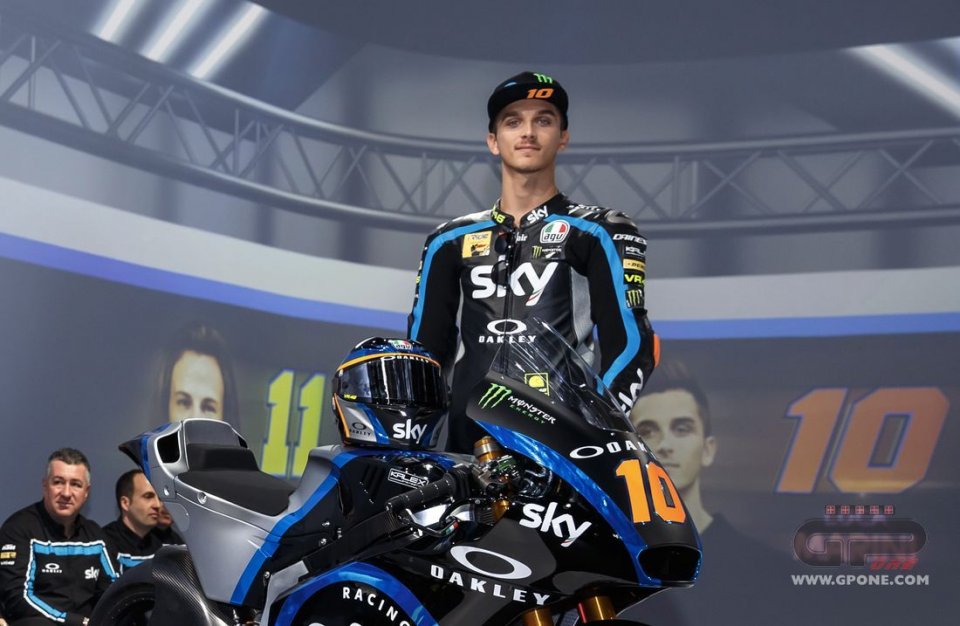 Marquez has summed up his winter as “boring and difficult”, Marini also add the adjective “painful” when describing his last two months. Like Marc, Luca had shoulder surgery, his recovery long, complicated and not yet complete.

“I haven't been able to ride yet, the first tests will be 11 and 12 February at Jerez, I'll ride then - he explains - I might have change to ride the MiniGP the week before, to get more of an idea as to my condition, but no dirt track, I'm not taking any risks”.

Will you be fully fit for the first race in Qatar?
“That's impossible, we don't have much time and the tests are close together. I'll have a couple of weeks after the Losail GP in which I think I'll be able to train better and get back in shape. I can't wait for the championship to start”.

How much have you missed the adrenaline?
“Very much, the Monza Rally, the 100 km of Champions, days at the Ranch, these are all things I love and that I've had to give up this winter. But I'm pleased I had surgery, even though my shoulder's not perfect yet, I already have better sensations. Now I just to keep calm and not rush things, maybe I won't be in any pain when riding, I don't know”.

Also because this may be your last season in Moto2, what do you reckon?
“Every rider thinks about his future and dreams of the MotoGP, the same goes for me. But I want to take that step at the right time, you need to be sure to find a high level team and a competitive bike, otherwise you risk getting burned. Last year for example, Morbidelli really struggled and I wouldn't want to find myself in a similar situation”.

So you're happy to wait?
“For now I need to focus on Moto2 and then I'll consider things further into the season. I'm in no hurry, as I've said”.

Would your opinion change if you were to win the title?
“The result at the end of the year is not important, I wouldn't feel obliged to move to MotoGP. I trust the people around me and they will advise me as to what's best, Valentino included”.

Speaking of your brother, if you moved straight to MotoGP you could race with him…
“It would be great to line up alongside him, but we both need to focus on our own careers. I'm not going to take a gamble just to race alongside him for one year”.

You could suggest he continues after 2020…
“He'll turn 40 in a few days, I'll tell him to race until he's 46, that would be perfect (he laughs). Joking aside, MotoGP won't be the same without him”.

And how about your Moto2 season, are you a favourite?
“I think there are at least 6 riders in the mix, I'd like to be able to fight for the race wins each week and score as many points as possible. Everything changes this year and my experience will be less important, I also need to see how I am physically”.

Who are your main rivals?
“Take a look at last year's standings - Binder, Baldassarri, Marquez, Vierge, Schrotter. I'd add Pasini, I know he has no bike but I hope he finds one because he deserves it. I also think Martin will be quick, and we need to see how the KTM is”.

It struggled during November testing…
“Yes, they weren't very fast and that worries me because it means they've worked hard over the winter. They were unable to win the title last year, so they'll be working hard this year”.

You will take over from Bagnaia on the Sky team, do you feel the pressure?
“There's no number one rider, Pecco and I were treated the same. We both worked to obtain positive results for ourselves and the team and I think I can do the same with Bulega. We are a close team and have to make the most of that”.