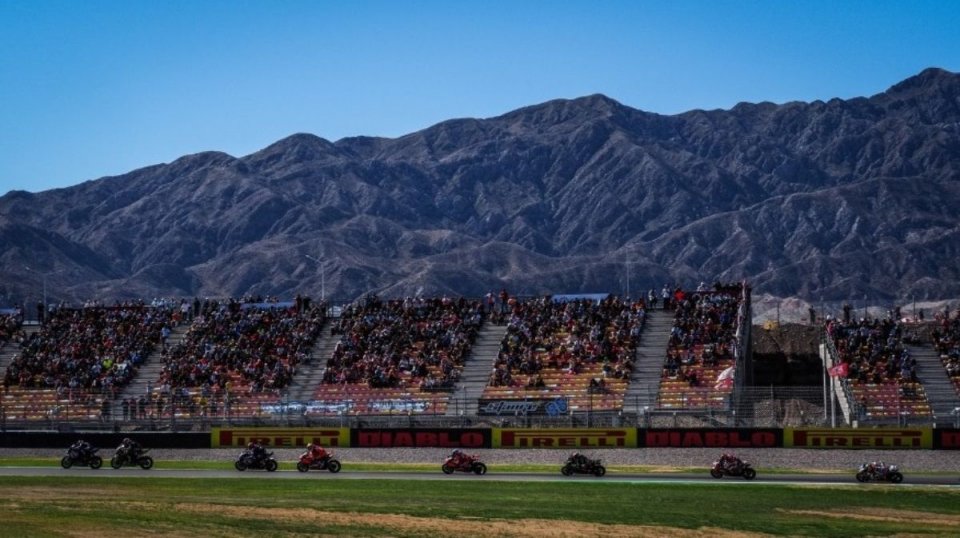 Argentina, El Villicum, the Superbike's baptism by fire in South America. Expectations were high for the arrival of the production-derived series, the usual Johnny Rea doing the double. The Cannibal's grin is accompanied by the bittersweet smiles of Marco Melandri and Xavi Forés, both still without a ride for the 2019 season. One man who does have a place is Toprak Razgatlioglu, who scored a surprising third-place finish on Saturday. El Villicum also reignited the ambitions of Jules Cluzel, still in the mix for the Supersport title, just six points away from leader Sandro Cortese. We're in for an incandescent final under the Qatari night sky.

THE GOOD –  There are tales that deserve to be written and told. That of Jules Cluzel and the NRT team is one such case, their presence on track during the second half of the season in doubt owing to financial problems. As if that were not enough, the shove received from Sandro Cortese at Portimao looked as if it had put paid to the Frenchman's dreams. He didn't give up though, the Portugal debacle followed by two consecutive wins at Magny-Cours and Argentina that put him right back in the mix and ready to fight for the title at Losail. Cortese has been warned!

THE UGLY – Hands up anyone who saw the Yamahas in Argentina. A less than sterling performance from van der Mark and Alex Lowes, consistently far from the front. The best time set by the Brit in FP1 turned out to be nothing more than an illusion.

THE BAD – Since returning after the summer break, Corentin Perolari has kicked it up a gear in Supersport, scoring a sixth and fifth-place finish. But on Sunday the GMT94 rider really messed up, knocking down the unlucky Federico Caricasulo. Not what the Italian needed, ruled out just as he was in Magny-Cours.

THE DISAPPOINTMENT – if we lost sight of Yamaha this weekend, we haven't heard anything from Honda in months. What happened to that bike that made such an impression earlier in the season, coming very close to the podium? In South America Camier and Gagne were simply spectators. Something we've seen far too often this season unfortunately.

THE CONFIRMATION – Whether you like it or not, Johnny Rea is always a sure thing. Not even a virus on Saturday night could rule him out. Hats off to him!

THE MISTAKE– At this point he can only lick his wounds, as the RSV4 looked as if it had the potential to fight with the best. Instead Eugene Laverty's Sunday was one to forget, a crash ruling him out early on in the proceedings.

THE SURPRISE – The party continues, the riders' title quickly followed by the manufacturers' title for Kawasaki. Among those celebrating was young Toprak Razgatlioglu, third in Race 1. We are nothing but pleased to see the Turk back on the podium after Donington.

THE PASS – In Race 2, the Cannibal pulled out the big guns. For more details, take another look at the move he pulled on Lowes.

THE INTERESTING FACT – Johnny Rea is true record-breaking machine. On Sunday he scored his tenth consecutive win in a season, something never achieved until now. And now he aims for another - or rather to beat Doug Polen's 17 wins in a season, achieved during 1991.

I TOLD YOU SO – Federico Caricasulo after the last round in France: “In Argentina I hope to make up for the Magny-Cours crash”. He hadn't counted on Frenchman Perolari.