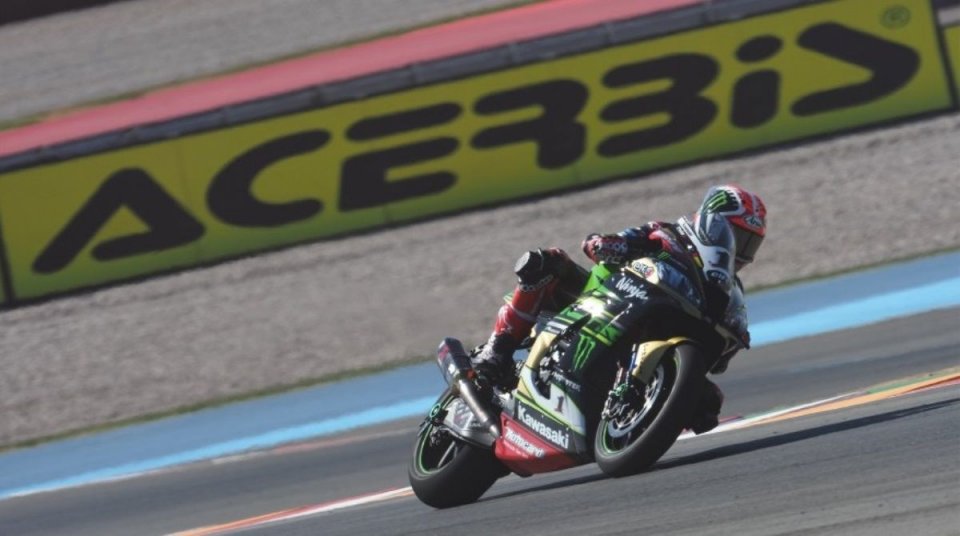 Johnny Rea does not want to miss a thing, securing victory in Race 2 in Argentina. The Cannibal has proved to be the matador during this South American round, leaving his rivals to pick up the crumbs behind him. This is his tenth consecutive race win,  something that has never been seen before in the production-derived series.

Despite starting from row three, the four-time champion chose not to make any calculations, setting out with the bit between his teeth and passing his rivals as if they were bowling pins. Something we've seen him do before, a tried and tested formula that he repeated at El Villicum.

Joining him on the podium is Xavi Forés on the Ducati, who therefore puts the disappointment of Saturday behind him. The team Barni rider started from pole and tried his best to make an early getaway, but there was no stopping the Cannibal as he quickly caught up on board his Kawasaki. The Spaniard settles for second then, ahead of Marco Melandri. In this second part of the season, the Italian is proving the stronger of the Aruba pairing. There is still disappointment of the face of number #33, as an error on his part while battling the Aprilia of Lorenzo Savadori caused him to lose contact with the leaders.

The Italian wins the Aruba derby, with Chaz Davies closing fourth, and Tom Sykes fifth ahead of Alex Lowes. After finishing third on Saturday, Toprak Razgatlioglu had a harder time in race 2, dealing with tyre wear, which saw him drop to seventh place, followed across the line by Lorenzo Savadori.

A disappointing Sunday for Michael van der Mark, struggling with the track just as he did in race 1. The Dutchman couldn't do more than ninth, ahead of Jake Gagne on the Honda and Loris Baz on the BMW. Camier, Laverty and Smrz failed to reach the line, as did new-entries Scheib and Marino. 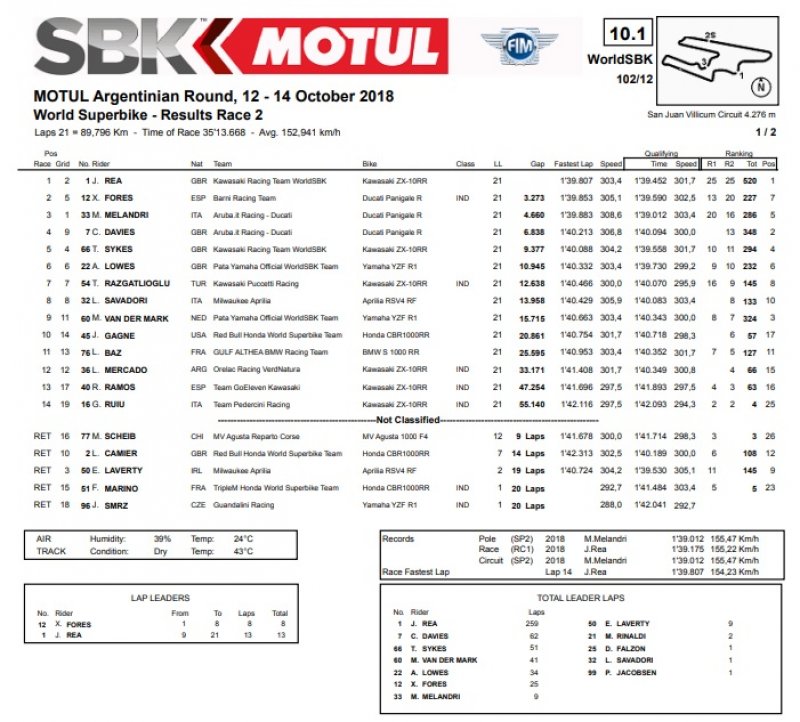