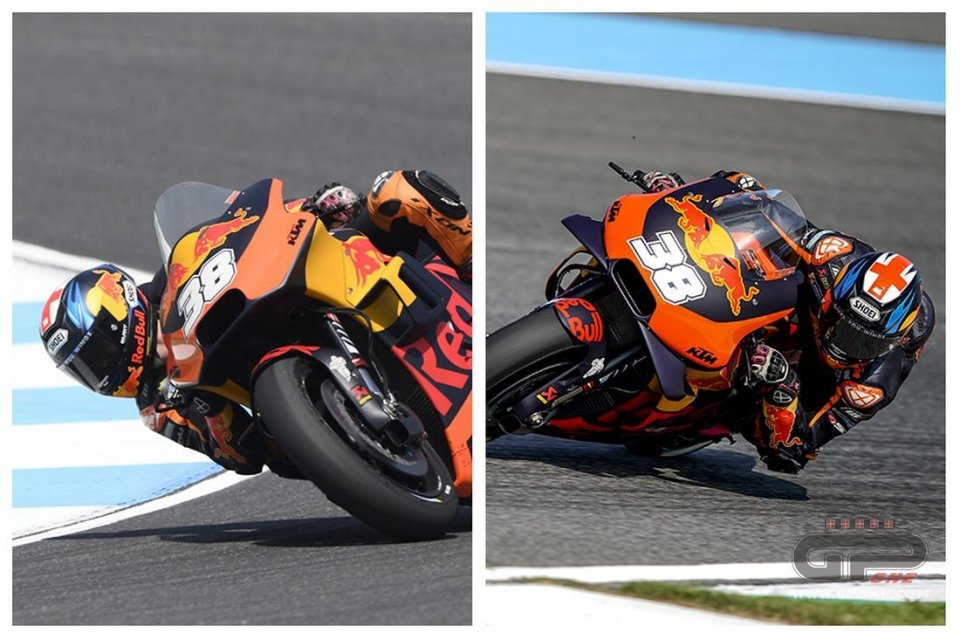 Despite it being its sponsor's most famous slogan, KTM had not yet got wings. Up until now, the Austrian manufacturer's bikes featured aerodynamic solutions that differed from those of its rivals. As you can see in the above image, the RC16 was using a front fairing with a flattened shape combined with appendages to the sides of the fairing (left-hand image). 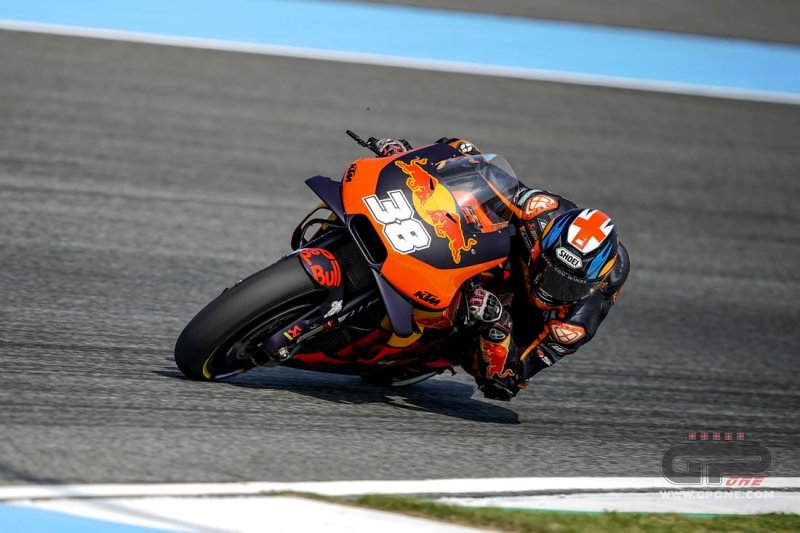