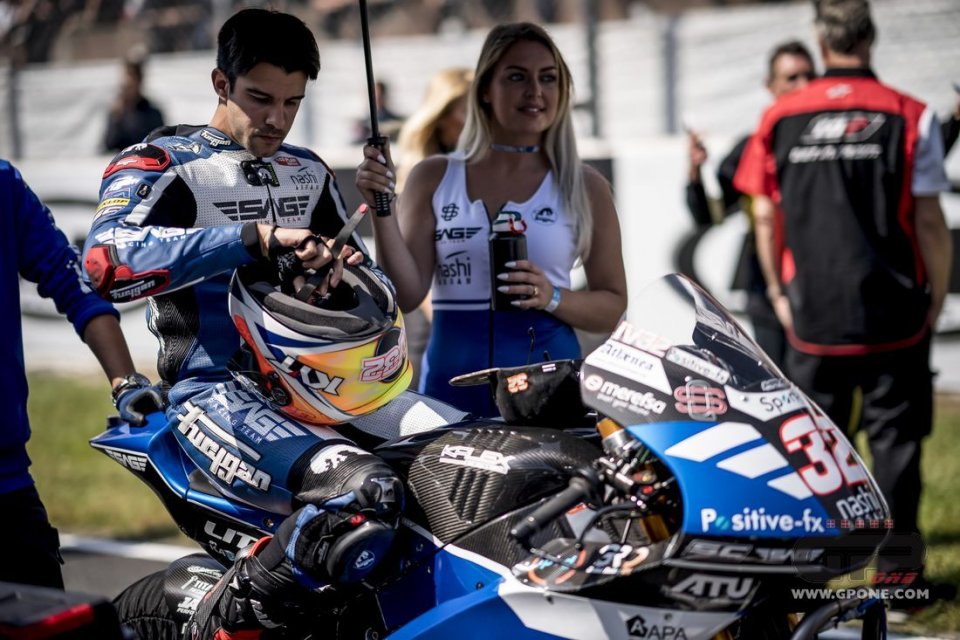 The Brno race was Eric Granado's last with Team Forward. The team has announced that it will not continue its collaboration with the Brazilian rider. Isaac Vinales will share the garage with Stefano Manzi as of the Austria GP.

"It's never easy to announce the replacement of a rider during the Championship, especially when we talk about such a polite and professional person like Eric - explains team owner Giovanni Cuzari - The whole team would like to thank him for his dedication and his commitment during the events spent together. Unfortunately, when an athlete chooses to compete in two different championships at the same time, in Eric’s case the World Championship and the Brazilian one, priorities have to be set. Eric is currently first in the ranking of the Brazilian Superbike Championship, therefore it is important that he is fully committed in order to win this challenge. From our point of view, this double effort does not allow him to be fully focused on the races of the World Championship. We wish him the best for his future adventures and thank him for his professionalism and application together with is impeccable attitude, both in the garage and on the track.

"Granado will be replaced, starting from this Austrian GP, by Isaac Viñales to whom the team gives a warm welcome. Isaac is currently in his third year in the Moto2 World Championship, and has used various bikes during his career, which hopefully helps him to quickly adapt to our Suter MMX. Our aim is to put him in the best possible position to show his true potential and fight inside the top 15.”

He will be replaced by Dominique Aegerter on the NTS. Jesko: "After ten minutes of effort, I'm exhausted and I see black spots,"
17 hours 59 min ago

No Fans at Washington Track Due to COVID-19 Restrictions. The Ridge Motorsports Park will be offering 2020 ticket holders the option to either...
1 day 14 hours ago

Antonellini: “We knew we were in the wrong, and we were ready to pay a fine, the expulsion is excessive. I myself have seen Dorna's men without masks...
3 days 18 hours ago

"It's great to go back to racing after watching the MotoGP races. In the heat I had problems in the Barcelona tests so this morning I tried something...
5 days 13 hours ago