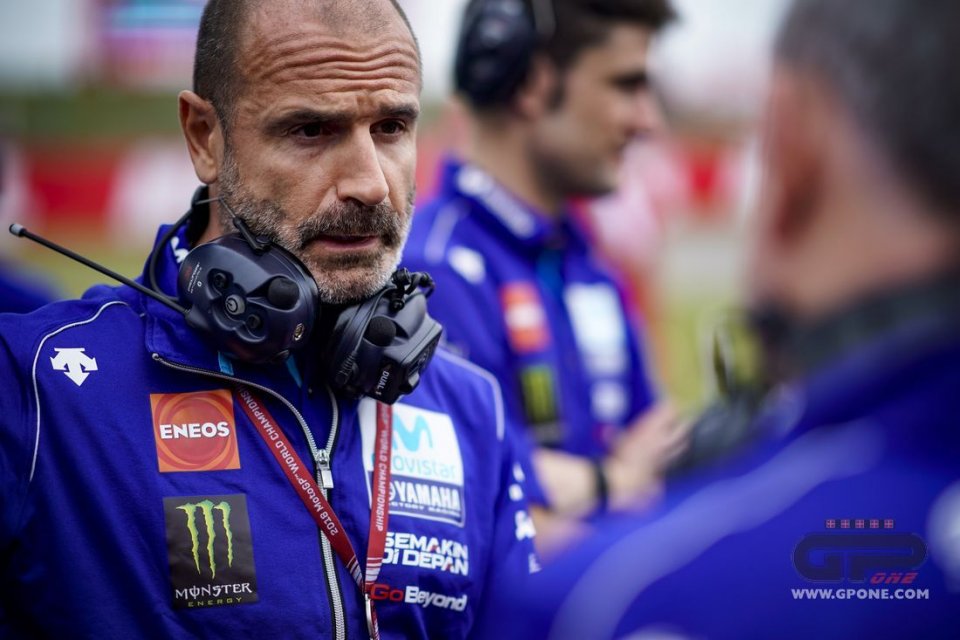 When people say that the MotoGP has offered up some crazy championships in recent years, they're not exaggerating. This is proved by the fact that despite Rossi and Vinales placing 2nd and 3rd respectively in the standings (23 and 28 points behind Marquez), both have continued to criticisd the performance of the Yamaha.

Marc and Dovi's mistakes have had a bearing, but don't look a gift horse in the mouth as they say. “We need to take advantage of this situation” stated team manager Maio Meregalli during an interview with Corriere dello Sport.

Also because the next two tracks, Barcelona and Assen, are historically good for the M1.

“For the first time this year, I'm optimistic ahead of a race - admits the manager in light of the Montmelò tests - The new asphalt offers grip similar to that of Le Mans in 2017 where we went very well. Maverick was the fastest in terms of the flying lap but his pace was consistent too”.

Good news, also because there will be no new elements for the race, "while there will be something for Monday's test” confirms Maio. It's an advantage to compete as an outsider, despite the M1 needing improvement if riders are to go on the attack.

“It's Marquez who can decide how the championship plays out of course. Already in past years, with a less then perfect bike, Marc was strong and now they've solved their problems”.

They need to limit the damage.

“I think we'll score some points in the next two races. The Sachsenring worries me though. Brno is a question mark, but from then on we should have some updates seeing as they were talking about a three-month programme in Japan. To be honest though, I don't think our problem is only electronics-related as we've said until now. If Yamaha can take that step forward and quickly, Valentino could definitely fight,Vinales too”.

In Japan they must also find a solution to the satellite team issue. With Tech3 taking its leave, the post is vacant and this too has created problems.

“We don't yet know Yamaha's plans with regard to the satellite team. With no such team, we were unable to try and get Lorenzo back. We simply had nowhere to put him. I didn't expect his move to Honda: I'm sure he'll be really fast there because, as I've said, the RC213-V is not that difficult to ride. Lorenzo will adapt more quickly than he did with the Ducati”.