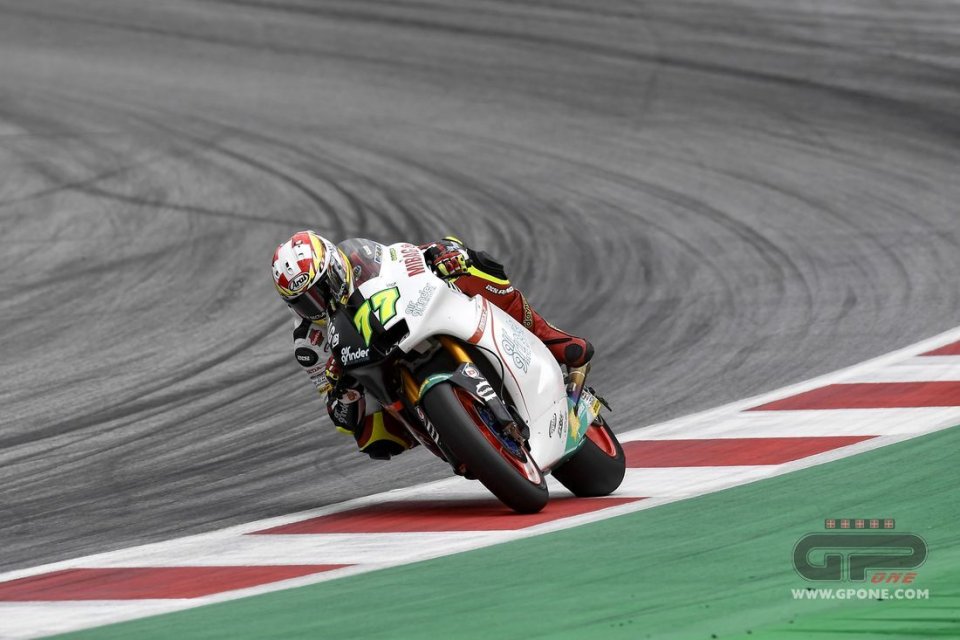 Suter only returned to Moto2 last year but announced its retirement once again today. The Swiss engineering firm supplied two bikes to team Kiefer and a further two to Dynavolt Intact GP this year. The Swiss bike proved competitive and even won the Misano race in the hands of Dominique Aegerter, despite the rider later being disqualified for having used an irregular oil.

For 2018 team Kiefer has decided not to continue with Suter bikes and to have only two bikes on track, “from a strategical point of view, doesn't justify our continued presence in the championship” explains Eskil Suter.

Dynavolt Intact GP will therefore go back to Kalex for next season, while Suter will dedicate itself to other projects, including the 500 2.stroke and its collaboration with Keanu Reeves' Arch Motorcycle.