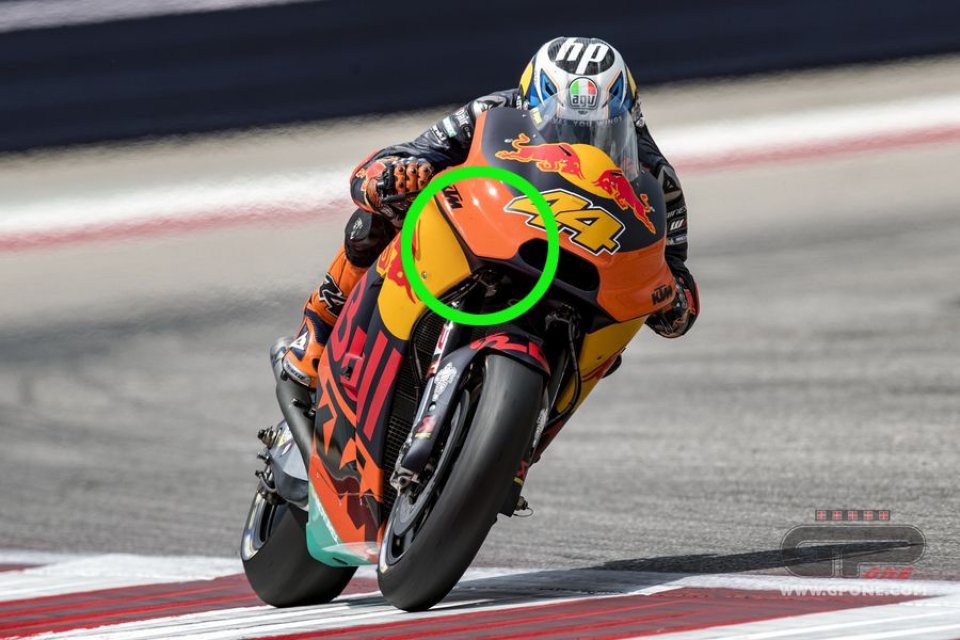 KTM, unlike its rivals, does not have the restriction of having to homologate two fairings throughout the season because of their status as rookies in MotoGP.

And so, for the first time at the Texas Grand Prix, the manufacturer from Matthigofen introduced its interpretation of the regulation on aerodynamic restrictions.

Nothing too revolutionary, but simply a slightly “wingish” shape to the top fairing. In any case, KTM is still lightyears from being competitive. On the first day of practice, the better of their two riders, Pol Espargaró, was almost two seconds behind the best time. Bradley Smith, on the other hand, trailed the group consistently, but in his defence, he is still not entirely physically fit after his accident in the Endurance race.

The Aprilia and Ducati solutions, which are doubtless more innovative and complex, have still not been seen in a race.

"We will test our fairing, which has been approved, again soon - said Romano Albesiano, Aprilia Racing Department Manager - it is the right path to follow."

The concealed spoiler on the Suzuki was also seen again in Austin.

Puig: “When you are born a champion, you will always be a champion "