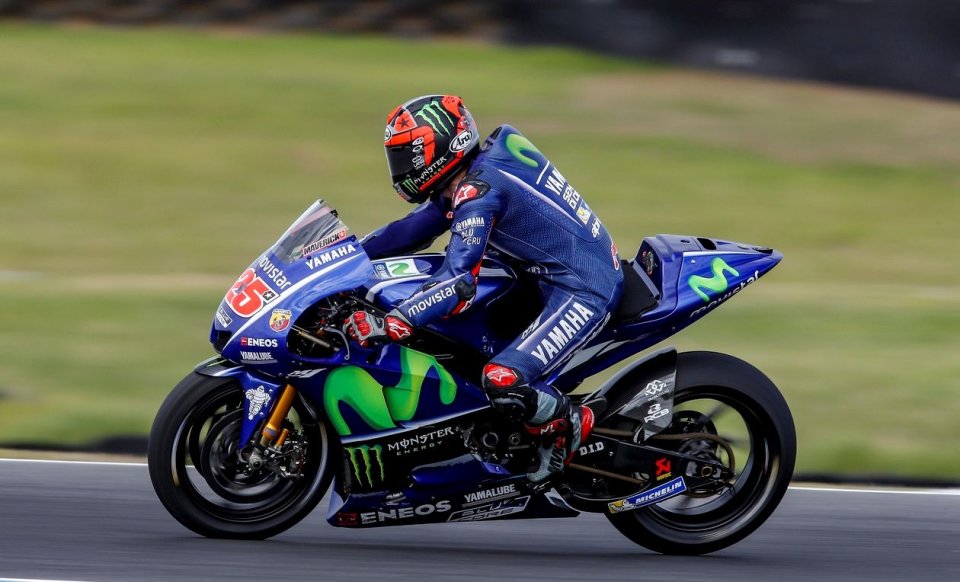 Anyone who had doubts about Maverick Vinales' competitiveness at Rio Hondo needs to think again. The Spaniard has no intention of leaving anything to chance, confirming his potential once again in FP2. With respect to the morning's session he improved on his time by roughly a second, stopping the clocks on 1’39”477. The Yamaha rider decided to use the medium front tyre and the soft rear for his flying lap. He even made a mistake during his fast lap, but that didn't stop him setting the best time of the day. It might only be the second session, but Vinales has already demonstrated that this weekend may be a repeat of Qatar.

Behind him is Marc Marquez (+0.301), who exploited the hard front and soft rear. Outside of the top ten in FP1, the Honda rider was able to climb the standings as far as second place, but it is those three tenths that weigh heavily. Especially considering that the Rio Hondo track is one of his favourites.

There have been confirmations, but also surprises today. For more information just ask Karel Abraham (+0.405), who set the third fastest time just over four tenths from Vinales. The Czech rider proved to be the quickest Ducati man at the South American track, followed by satellite riders Bautista (+0.445), Petrucci (+0.483) and Baz (+0.643). It's odd not to see either of the factory red bikes in the top ten. No, because Andrea Dovizioso is only fourteenth, roughly a second from the front (+0.922), while Jorge Lorenzo is eighteenth (+1.122). The Majorcan also had a bit of a shock, when he just missed colliding with the GP16 of Redding on pitlane as he was returning to the garage.

Back to the standings, and tenth place goes to Andrea Iannone on the Suzuki (+0.773), able to improve by half a second on his morning's time. The Italian is preceded by the Yamaha Tech3 of Jonas Folger (+0.680) and the Aprilia of Aleix Espargarò (+0.698).  Twelfth for Johann Zarco, sixteenth for Valentino Rossi (+1.054), just like FP1. The problems continue for the Doctor, who worked with the soft tyre. #46 is suffering from a lack of grip at the rear, even risking a crash at turn 13 towards the end of the session.

Someone who did crash there was Daniel Pedrosa (13th , +0.868), though fortunately he was unhurt in the incident. Bradley Smith also suffered a crash in the early stages. 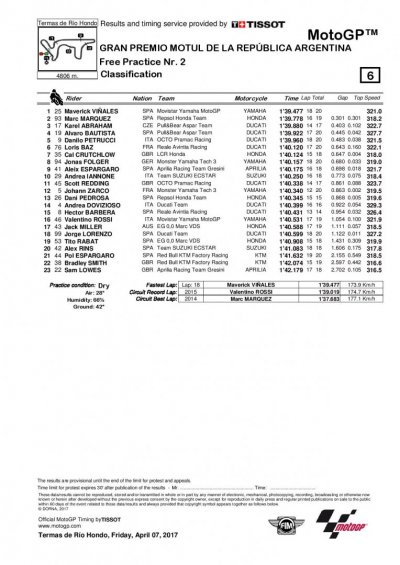