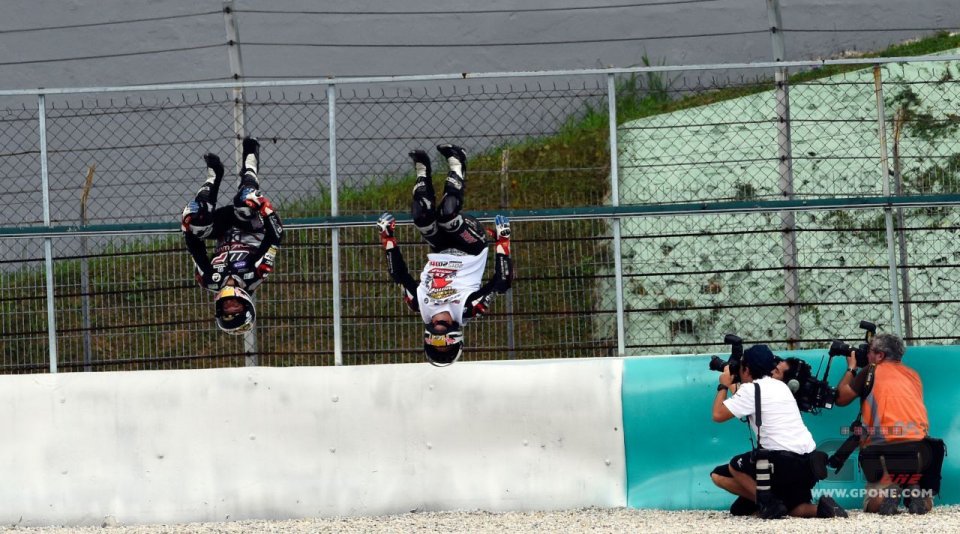 A wet and very lucky race for Johann Zarco who, in one fell swoop, wins for the first time in several races and also scores his second title in the Middle Class, after his first triumph last year.

With this win, the Frenchman of team Ajo enters history: as well as being the French rider to have won the most in the world championship, Johann is also the first to win the Moto2 twice, the class created in 2010 to replace the 250 category.

Zarco ran a perfect race. As it poured with rain, Johann closely watched Morbidelli, ahead of him, while defending himself from a fast Jonas Folger and, once it stopped raining, he attacked the Italian of team Marc VDS, easily passing him and running away with his sixth win of the season..

To celebrate his championship win, Johann got his brother involved and, dressed exactly the same way, they performed a synchronised backflip.

Once again Franco Morbidelli came close to scoring his first win but he again had to lay down his weapons after having led for almost the entire race. Franco is missing this final step but he's undoubtedly one of the category's stars. His second place ahead of an aggressive Jonas Folger is yet another a prestigious result.

Thomas Luthi hoped to fight for the win and keep his title chances live, but the Swiss rider only finished sixth, ahead of Alex Marquez. Alex Rins closed the race in fourteenth position; the Catalan rider couldn't do anything to stop Zarco today and the championship is now all sewn up. 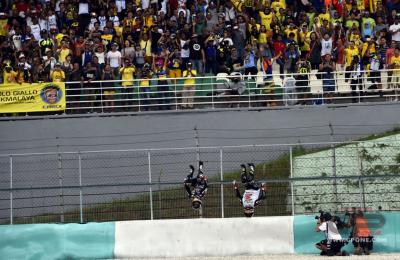 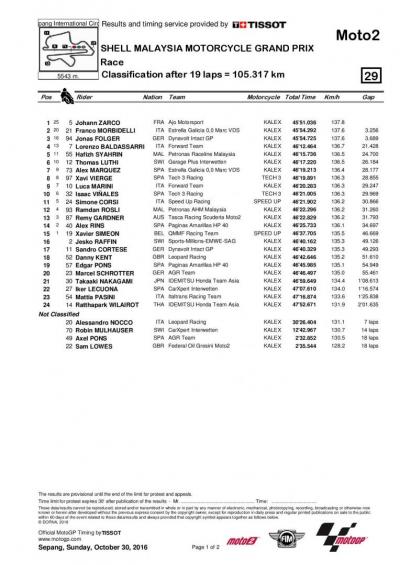 VIDEO - The flames spread during a day of free practice, no harm to people or structures
5 days 21 hours ago

The reigning champion wins race 1 but ends up on the ground in race 2, giving the Suzuki rider his first career success. A 4th and 7th place with a...
6 days 3 hours ago

A non-stop week for the Ducati rider, beginning with the Misano tests, then a bike ride to Tavullia, and today on the Dorno track
6 days 22 hours ago