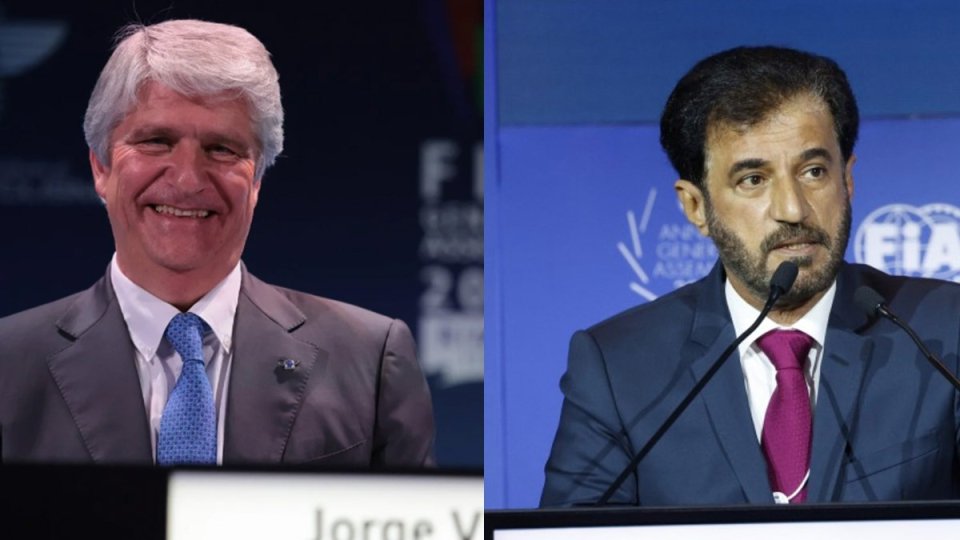 Carmelo Ezpeleta said recently that he copies everything he can from F1. There is no doubt, in fact, that after a period of crisis, the premium motorsport formula is (perhaps) experiencing unexpected success driven by the unexpected popularity it has achieved in America, a country that has never welcomed it with great enthusiasm.

But we must be careful, because not all that glitters is gold. In fact, recently the FIA, the International Automobile Federation led by Mohammed Ben Sulayem, has included a new rule in the 2023 Sporting Regulations according to which social messages cannot be launched without federal authorization.

In the past sportsmen had only two possibilities to communicate: newspapers and TV. Today, on the contrary, it is the latter who must resort to self-promotion, but also, often, the dissent that the protagonists of our sport publish independently.

In practice, a new rule has been added to the FIA code, article 12.2.1 (also valid for rallies and the Endurance world championship) which prohibits the practice of spreading one's own opinion, even on facts not relating to sport, through social media networks.

The decision comes in the wake of Qatar's irritation at the messages conveyed in the World Cup about sexual freedom, human rights, and migrant workers. And coincidentally at the very moment in which Qatar is preparing to return permanently to Formula 1 (on 8 October) after the emergency edition of 2021.

The FIA has therefore decided to censor freedom of expression at the source, i.e. what the drivers - who from today must only think about driving - can say or not say.

One thing must be said immediately: the FIA has a power over motor racing and F.1 that the FIM does not have. Or rather: all the power, or almost, today is in the hands of Dorna, which was quite protective up until yesterday, even if it has recently shown signs of opening.

Carmelo Ezpeleta, however, doesn't seem like a censorship manager to us. Or at least, not direct censorship. Instead, this FIA policy seems expressly aimed at prohibiting "the spread and exhibition of political, religious and personal statements or comments, in particular in violation of the general principle of neutrality promoted by the FIA within the framework of its statutes".

The Federal Statute, like many sports institutes, embraces the Olympic values of neutrality, but we know that these are only good intentions, and the recent World Cup in Qatar was confirmation of this.

On the contrary, Lewis Hamilton has always been the first to remind us of how important certain far from apolitical statements have been in motorsport: in support of his actions, Mercedes even abandoned the traditional silver livery to embrace the black of the Black Lives Matter movement.

Times have changed, a lot, since the protest of October 16, 1968, in the Olympic stadium in Mexico City. Indeed, there the American sprinters Tommie Smith and John Carlos finished first and third in the 200 meters final at the Olympics. After stepping on the podium for the awards, Smith and Carlos received their medals, turned to the huge US flag hanging above the stands, and waited for the anthem to begin. When the notes of The Star-Spangled Banner rang out in the stadium, Smith and Carlos lowered their heads and raised a clenched fist, wearing black gloves. Their protest was discreetly joined by the athlete who finished second, Norman.

There were no social media networks then. The protest could only take place like this. The trio was ostracized but remained united for life so much so that on the death of Peter Norman, Tommy Smith and John Carlos carried the coffin on their shoulders.

Let's hope that in the future the F.1 drivers, but also motorcycle racers, will be equally compact in defending the right to freely express their opinions. Because copying clever ideas is sacrosanct but keeping away from bad ones is imperative.

A reassurance in this regard immediately came from the recently re-elected FIM President, the Portuguese Jorge Viegas: "We have never thought about limiting anyone's right of expression and we certainly won't do it as long as I am president of the FIM". A good stance, which we also hope to hear from Carmelo Ezpeleta, even if he could rightly say that such decisions are none of his business.

After the last two years spent in MotoAmerica, next season Hector Barbera will return to racing in British Superbike with TAG Racing Honda
9 hours 59 min ago

The first of four episodes will be available starting January 27th, while the final episode will be released on February 7th. For now, it’ll only be...
5 days 4 hours ago