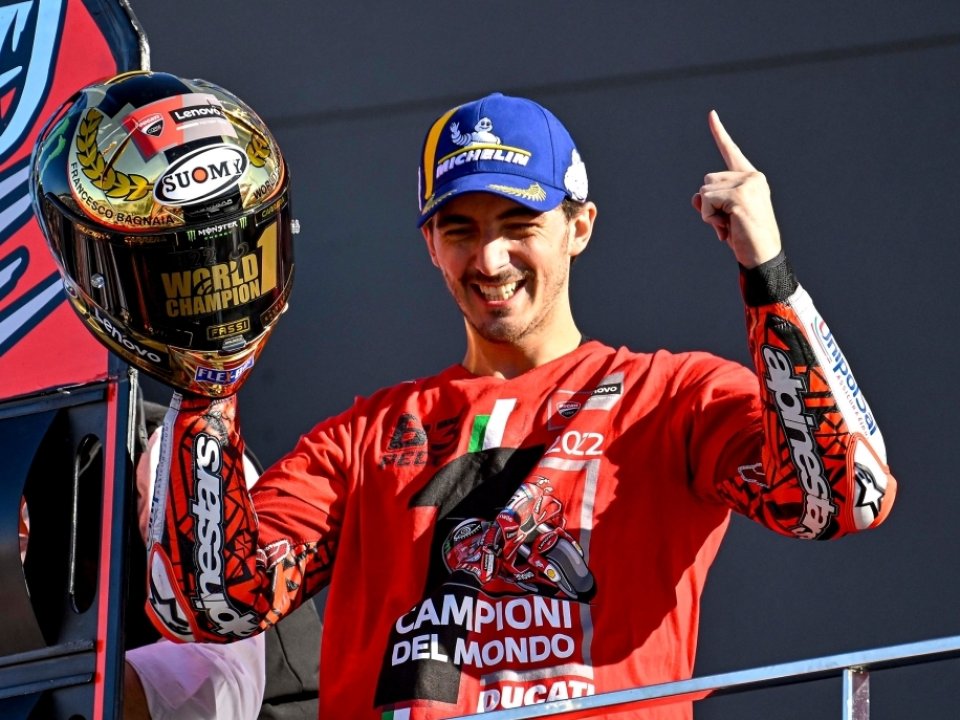 After winning the World Championship title in Valencia, the relationship between Francesco Bagnaia and the City of Pesaro has become stronger. In fact, the City Council unanimously approved the proposal to confer honorary citizenship to Pecco, presented last November 6th by Mayor Matteo Ricci.

“We all rejoiced for his extraordinary victory that brought Italian motorcycling back to the top of the world after so many years. Bagnaia is a talent, raised under the guidance of the greatest ever Valentino Rossi, in a territory that is known as the Land of Riders and Engines. Citizenship is the appropriate recognition for a champion who has chosen to live in Pesaro and a way to further strengthen the communication and tourism strategy for the city,” the Mayor of Pesaro explained, as he’s contemplating the most appropriate way to present this honor to Pecco, corroborating the bond that unites Pesaro, Tavullia, and Misano.

“A collaboration that we want to strengthen.” Mayor Ricci continued. “Along with the Town of Tavullia, which has an idea similar to the one we developed, we’ll  decide on how to create the official moment to confer the citizenship and make it a great party for the entire territory.”

Bagnaia’s move to the city in the Marche region, which coincided with his entering the VR46 Riders Academy, was a fundamental stage in his growth.

“He made his debut in the Moto3 world championship in 2013, and in 2017 he moved to the Moto2 with the SKY Racing Team VR46. In 2018, he won the Moto2 world championship, becoming the first rider of the Sky Racing Team VR46 team to win a world title,” the mayor emphasized, explaining the reasons that led to conferring citizenship to Bagnaia. “In 2022, he won the world champion title, becoming the second Italian to win a MotoGP title, thirteen years after Valentino Rossi’s, bringing the title back to Ducati after fifteen years and also becoming the fourth Italian to win the world championship in the queen class with an Italian bike, fifty years after the last. Taking into account that he moved to Pesaro a while ago - following the legend of Valentino Rossi and also supported by the enthusiasm of the city that considers him a full-fledged citizen, also with the victory of the title in the queen class of the World Champion - he has strengthened the name of the city of Pesaro in the sports sector, honoring the “Land of riders and engines.”