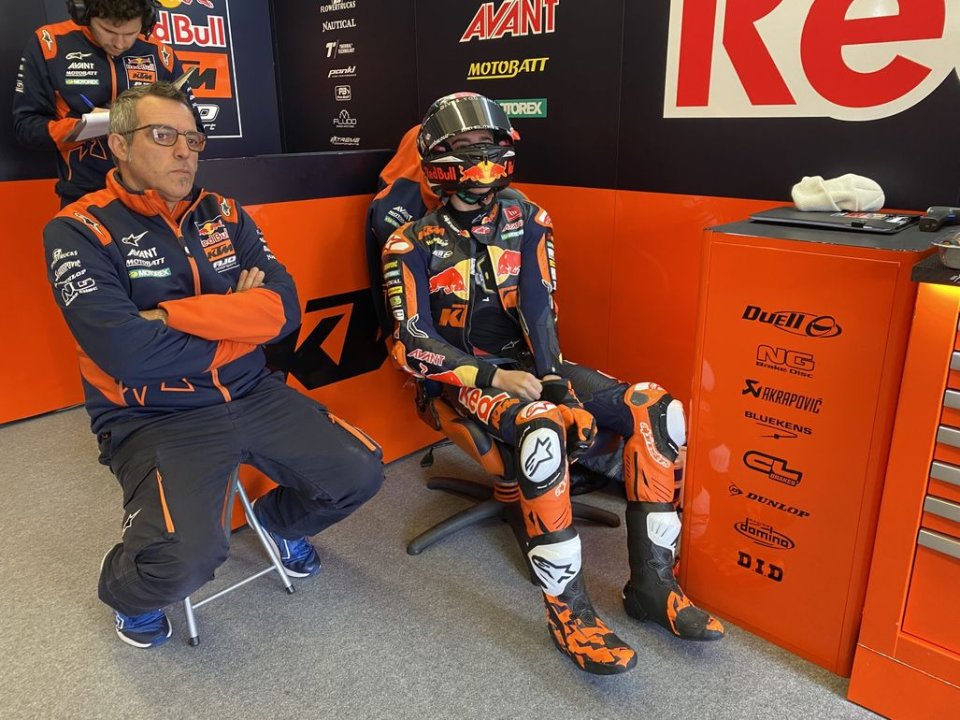 Today was supposed to be Pedro Acosta’s big day. The day he could have tested a MotoGP for the first time, but the Spanish rider didn’t taken into consideration the weather that, unfortunately, had other plans for him.

Everything was ready at the Jerez de la Frontera circuit. The KTM RC16 was ready in the garage for the Tiburon, along with a prize test for having won the title of Rookie of the Year in Moto2. But the weather had something else in mind. Like  Motorsport reported, it rained on and off, which is certainly not the best situation for getting on a MotoGP for the first time.

In fact, the KTM managers preferred to postpone everything, also because riding in those conditions could have been more of a nightmare than a prize. But this doesn’t end here for Acosta because another test is scheduled in Jerez in December, and that could be the right occasion for Pedro to test the MotoGP. Weather permitting, of course.

The trip to Jerez, however, wasn’t entirely wasted because Acosta took the opportunity to do some laps with his Moto2, sharing the garage with his new teammate, Albert Arenas.

“It was a very productive test,” Pedro commented. “I was able to try many things, and we got good results. We’re leaving Jerez with a good taste on our mouths and with clear objectives for the upcoming tests.”