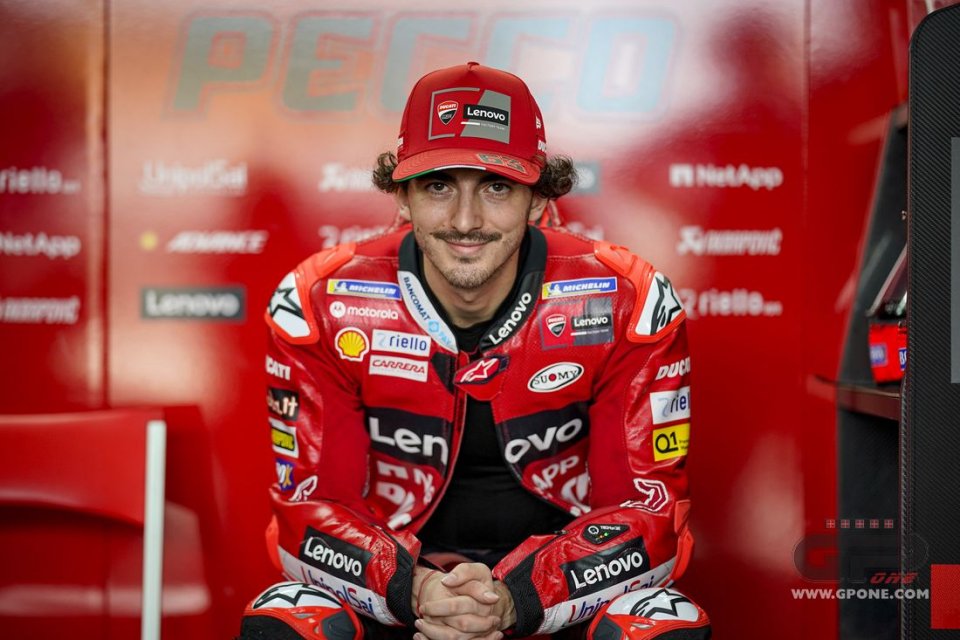 Last year in Aragon, Bagnaia reached his first MotoGP victory, managing to beat Marquez who put him to the test until the very last lap. It was a turning point for him, and that moment is indelible in his mind.

In an interview with La Stampa, he recalled: “Aragon has never been one of my favorite tracks, but it has given me so much. I had my first MotoGP victory here, while I was going through a very difficult time, and it was wonderful.”

But it wasn’t all plain sailing for the rider from Piedmont. With success came criticism, and the limelight also has its dark side.

“Now I know that my words carry a greater weight. When you win, you’re at the center of criticism and gossip, in general,” he explained. “Everyone has to be free to think what they want. Getting attention is positive.”

Many, however, often think that it’s all thanks to his bike: when Pecco wins, it’s thanks to the Ducati, when he loses, it’s his fault.

“These are things that those who judge from home say without knowing anything. A rider wins along with the bike. I don’t see why they always need to try to discredit someone’s victories,” he continued. “At the beginning of the year, I read comments on social media. I wasn’t in an easy situation. We were struggling, we were working, but we weren’t getting results. Those messages were depressing. People are mean. It had already happened to Marco Simoncelli. They had even threatened him. I’m fulfilling my dream, and those who comment from home sitting on their sofa, can’t ruin my happiness.”

Rossi has always been Bagnaia’s idol on two wheels, while his four-wheel one is Hamilton, who he was even able to meet last Sunday in Monza.

“Lewis is an extremely influential character and has always had that serenity which has allowed him to do what he wants, not always being politically correct. I think it’s his strongest weapon, as it was for Valentino. Both have always felt free to be themselves.”

They’re free, and Pecco? “Absolutely not.|Every single word I say is measured and calibrated,” he  said.

Speaking of Formula 1, he has a dream.

“I’d like to create an event with Charles Leclerc, maybe swap my Ducati for his Ferrari.”