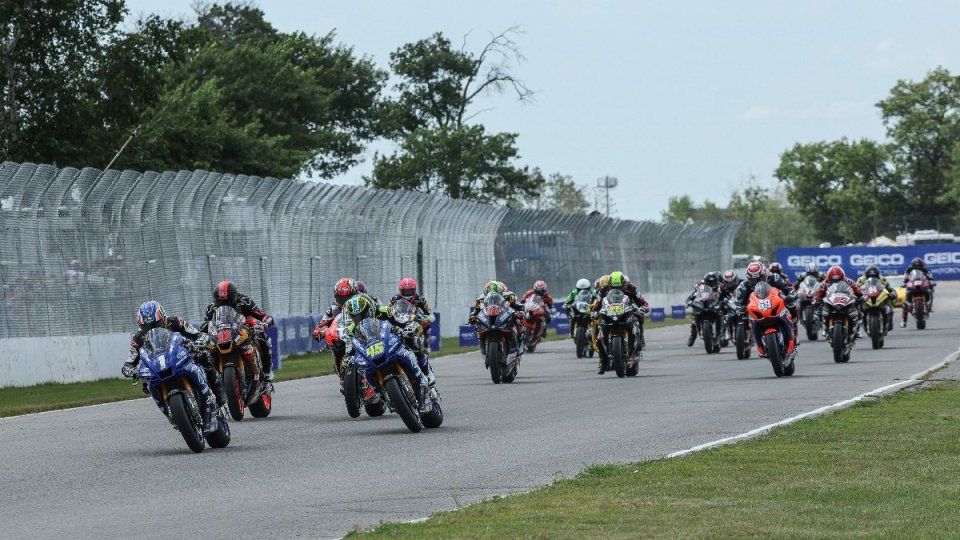 Jake Gagne is on a roll: the reigning MotoAmerica champion won his fifth consecutive race and eighth of the year in race one at Brainerd International Raceway.

It’s really a case of déjà vu all over again.

On a sunny and warm day in Minnesota, Gagne was Gagne. As always, the Fresh N Lean Progressive Yamaha Racing-backed Californian, led from pole position, quickly gapped his pursuers, and maintained a lead that resulted in a 5.338 margin of victory in what was the 25th AMA Superbike win of his career.

Next best to Gagne was his teammate Cameron Petersen, the South African battling with Warhorse HSBK Racing Ducati NYC’s Danilo Petrucci for much of the race. With just a few laps to go, however, Petrucci, who wasn’t exactly in perfect shape because of an injury on the finger of his left hand and knee, due to a previous crash, hit a false neutral and ran off track, handing second place to Petersen. By the time Petrucci got back on track, he’d lost any hope of second place, and was some six seconds behind Petersen.

Still, the Italian former MotoGP star ended up on the podium in third, his 11th podium in 13 races as he continues a season of consistent podium finishes.

Petrucci ended up 9.3 seconds ahead of Westby Racing’s Mathew Scholtz, the South African riding with an injured left wrist after a big crash in Q2 on Saturday morning. Scholtz was in survival mode from the get-go and did well to finish fourth.

Fifth went to Tytlers Cycle Racing’s PJ Jacobsen just a second ahead of Disrupt Racing’s Hayden Gillim with Gillim having his best Superbike finish of the season.

Tytlers Cycle Racing’s Hector Barbera had a rough day at the office, the Spaniard running off track on the opening lap before eventually crashing out of the race.

Vision Wheel M4 ECSTAR Suzuki’s Richie Escalante was a non-starter after suffering an ankle injury in his Q2 crash on Saturday morning.

Race 2 will start today at 10:10 pm Italian time. The entire racing program can be followed in live streaming on MotoAmerica Live + (for a fee).