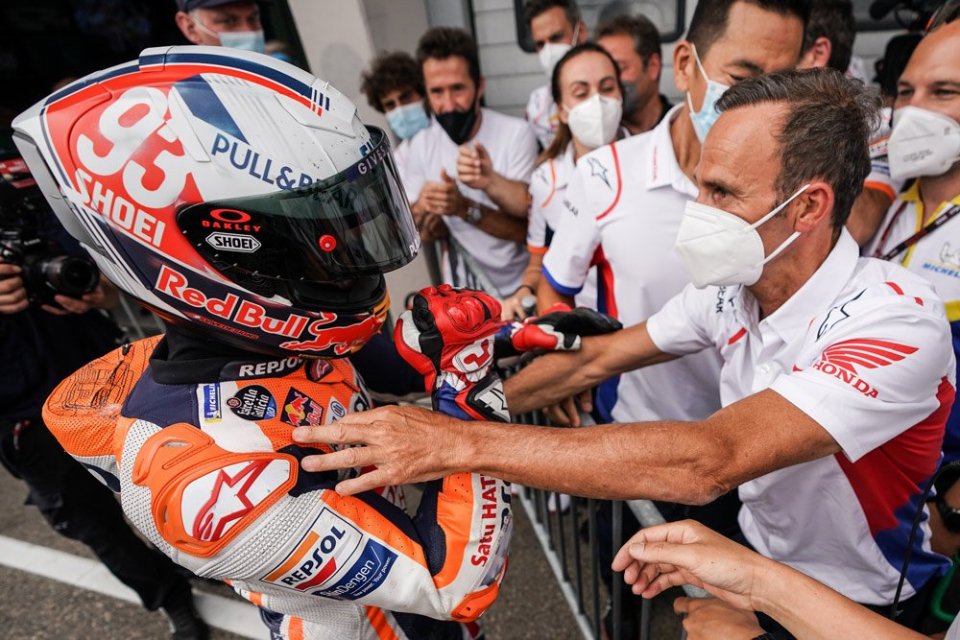 At Termas de Rio Honda Alberto Puig, interviewed by motogp.com, spoke about the big absentee of the Argentine GP: Marc Marquez. The Spanish champion is trying to solve his diplopia problem as soon as possible, even if in these cases haste is often the worst thing.

The injury seems to be of lesser magnitude than last November and this bodes well.

"The crash was bad, but fortunately the impact of the injury is clearly less than the one he had last year while doing enduro - explained the Honda team manager - It is quite optimistic but also realistic to say that the recovery time will be shorter than last time. When? It is difficult to say, with eyesight it is very complicated. We want to think that it’s going to be faster than last time ".

In January, before returning to MotoGP, Marquez had done some tests with a dirt bike and then on the track with a super sports bike.

“This time we will not go through that process, with this problem of the eyes it is very simple: you see or you don't see - continued Puig - We had to do that just for testing because it was a long time that he was out of the bike, but now he was already racing two weeks ago. As soon as he is clear to see, he will come racing ”.

“Of course he was very upset, he started the championship with high hopes, he did a good race in Qatar and also the tests in Indonesia we suspected that he could do a good race there, then things went wrong. Unfortunately this happened, he has had a lot of crashes. He is upset, but Marc is an optimistic guy and is already thinking of the way to speed up his recovery. That crash was really bad, but I want to think positively and hope that everything will be OK ”, the Spanish manager concluded.

Marquez: "I’ll develop the Honda for myself, without thinking about...