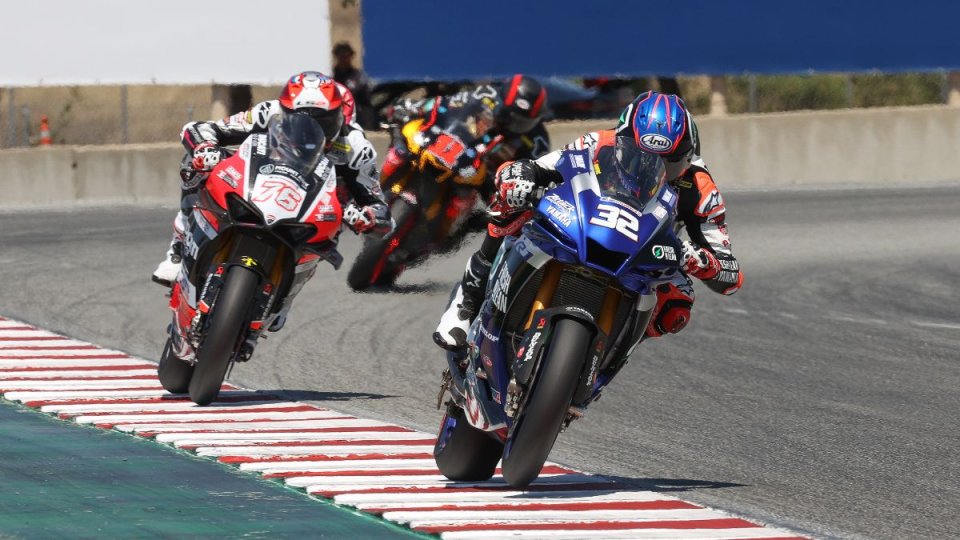 Jake Gagne dominated the MotoAmerica Superbike Championship with 17 wins on his Fresh N' Lean Attack Performance Yamaha R1, 16 of them consecutive, but he hadn't started the championship as the man to beat.

A former teammate of Cameron Beaubier, second in the championship, the 28-year-old, who currently lives in Durango, Colorado, had yet to win a race.

The preseason had centered on Loris Baz, who was making his debut in the series with the official Workhorse Ducati team, as the favorite.

Interviewed by CycleNews Gagne told what his impression had been of the French rider's arrival in the States in the championship organized by three-time world champion Wayne Rainey.

"First of all, I was excited to have a big-name rider like Baz and a strong team like Ducati in the paddock - said Jake Gagne - It raised the profile of the series. I knew he’d be fast, but I also knew he wouldn’t dominate. Coming over here is a lot different from racing the tracks in Europe. I expected him to be there and to race for wins. He had some tough goes with the bike, but at times he was really strong. He was really close to getting a win. The toughest race for us was Laguna Seca where Baz was right on me the whole time. That was a track where I expected the Ducati to go good and it was never one of my best tracks. So I consider that my best race all year. I made a mistake and ran off the track and then came back to win it. It was good having Baz over here. I wish he could have stayed, because he would have had a season under his belt and been better prepared to take on the series.
And then Baz was able to go back over to the Superbike World Championship at the end of the year and get on the podium his second race back.

Yeah, that was awesome. It just shows how competitive the MotoAmerica paddock is. We were stoked to see that. I was happy to see him go back there and do so well, that made us look pretty good. I know there aren’t as many good superbikers here as there are in World Superbike, but the guys who run up front in MotoAmerica are as good as anyone".

P. Espargarò convinced he has made a breakthrough in braking with the Honda