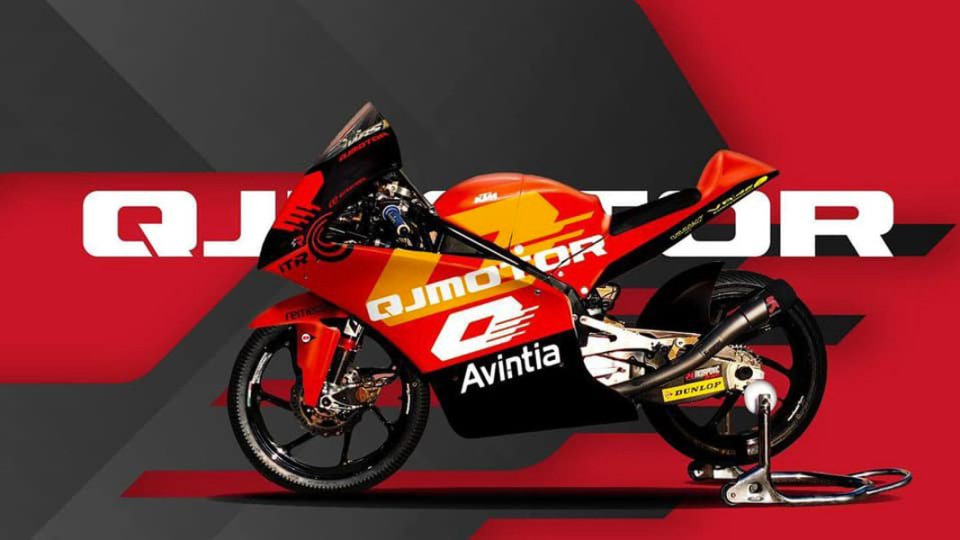 CFMoto won't be the only Chinese brand on the Moto3 starting grid this season. Through its Facebook profile, QJMotor also announced its presence in the World Championship cadet class through a collaboration with the Avintia Esponsorama team.

As it was for CFMoto, QJMotor won't construct a motorcycle but will rebrand a KTM, and two Italians will be bringing it to the race (as was previously announced at the end of October): Elia Bartolini and Matteo Bertelle (respectively the 2021 Italian Moto3 champion and his deputy). In fact, the Andorran team has started a partnership with Valentino Rossi's VR46 Riders Academy for young talents.

QJMotor is a company founded in 1985, owned by the Shenzhen group since 1999, in which Benelli is also involved. Its range of products is rather varied, from scooters to medium-sized motorcycles.