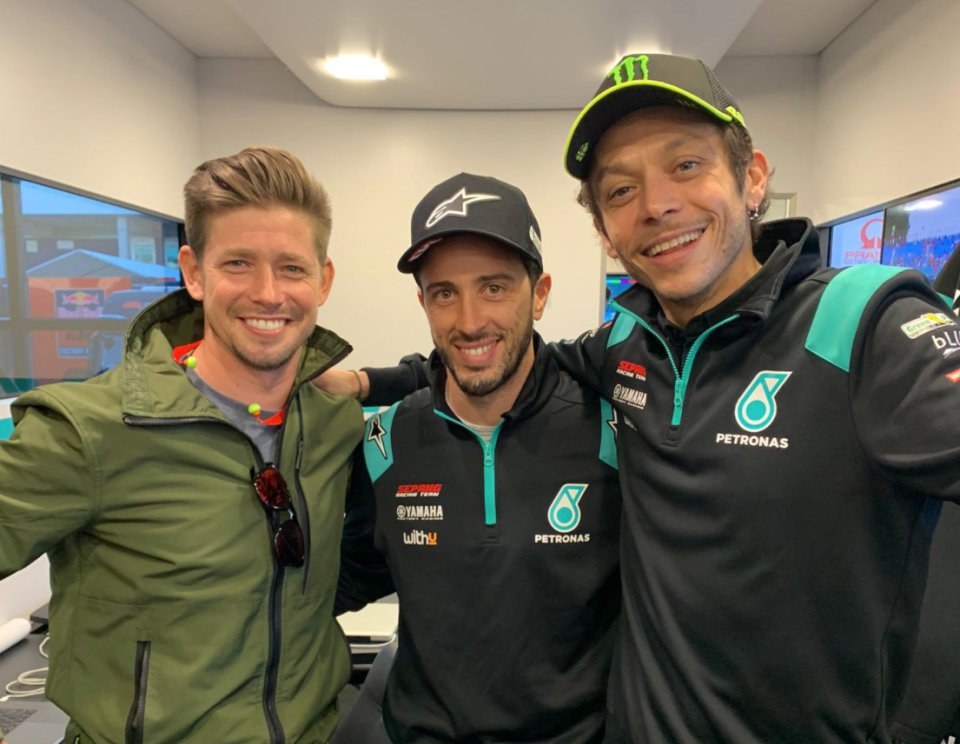 As promised, Casey and Valentino met again, and with them was Andrea, who was the Australian's team-mate at Honda