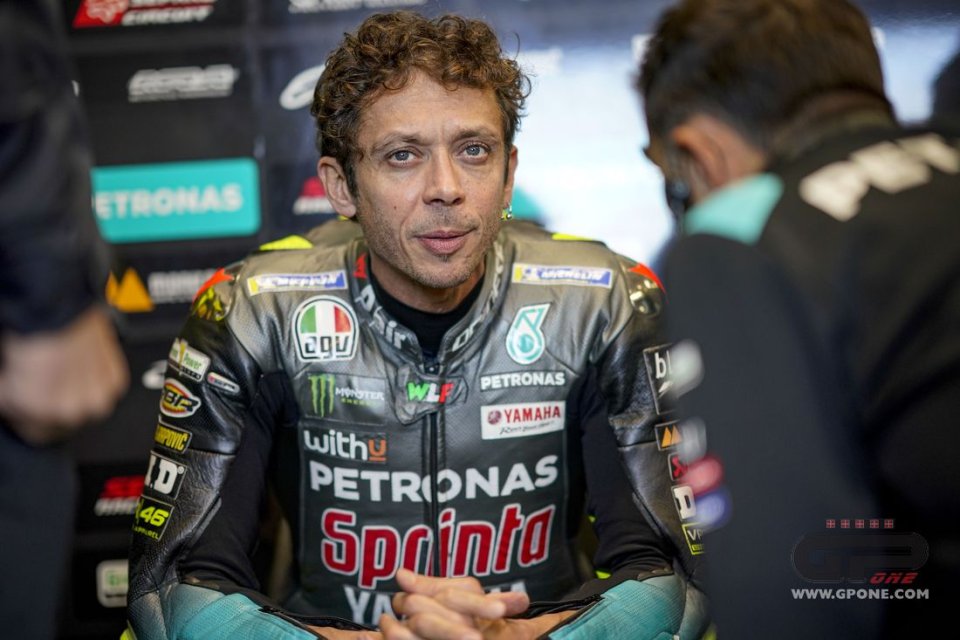 Everyone wants a bit of Valentino in these last three races, which will be marking the end of his career. So, between interviews, events, and everything else, the Doctor is forced to work overtime before retiring. Not the best situation when you're trying to prepare for a race.

“It’s actually a bit difficult,” Rossi admits. “A rider has to concentrate to give his best on the track, but they’ve asked me to do many important things because these are my last GPs. The only chance would be to find a double, so that I can ride the bike and the other Valentino could participate in the various events,” he said jokingly. “In the end, however, it’s nice, and I hope that Sunday will be sunny and with lots of fans.”

What was the secret of your success?
“The media likes me. I’m likeable to people, even to those who aren’t interested in motorcycles. And, most of all, I’m very popular with eighty-year-old grandmothers!” He laughed.

Are you hoping for sun on Sunday? It rained for the practice sessions today.
“I have different sensations. In the FP1, with a completely wet track, I was not very far from the top ten. In the afternoon, when the asphalt started to dry, I suffered a lot. In those conditions, we’re always in trouble. The M1 becomes difficult to ride.”

Is it a technical issue?
“It’s natural for a rider to go fast when it’s dry, while most have to train to do it when it’s wet. I was also slow in wet conditions early in my career. But now it’s a technical problem. The M1 doesn’t do badly with completely wet asphalt but, when it gets wet, we suffer. I think that, in those conditions, we can’t get the tires to work well, especially the rear, and we don’t have any grip. Yamaha will have to work to try to improve.”

What do you think of the proposal to bring the minimum age in the World Championship to 18?
“For the Moto3, it’ll be a big change, because everyone wants to start as soon as possible. Two more years is a lot. It’ll be better for safety, but I’m not sure that this alone will solve all the problems. Young people have to have the right attitude regardless of age. They have to follow the rules.”

Speaking of young people, Binder will be taking your place next year.
“Darryn is fast, but the transition from the Moto3 to the MotoGP will be complicated for him. The Yamaha could help him. The M1 may not be the most competitive bike, but it’s certainly the most natural one to ride.”

But your team won’t be staying with him.
“David Muñoz and Matteo Flamigni will come to work on my team in the MotoGP, one with my brother, Luca, and the other with Bezzecchi, while Idalio Gavira will coach both riders. They’re all very experienced people and their presence will be important.”