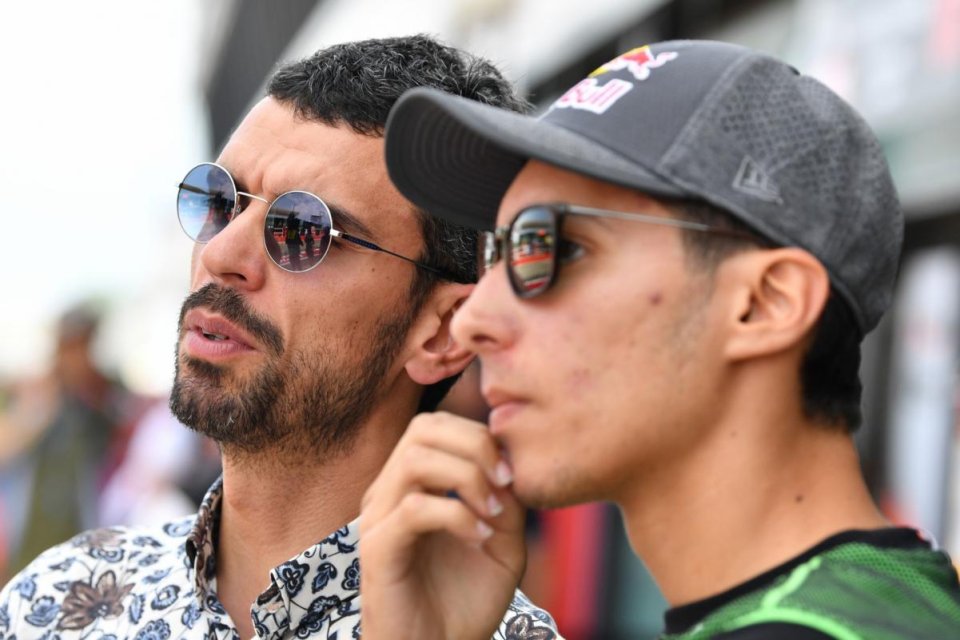 Deniz Oncu received a two GP suspension penalty for triggering the accident in the Moto3 race in Austin, which was then interrupted with a red flag. The Tech3 rider changed trajectory after passing Alcoba, thus cutting in front of the Spaniard and colliding with his front wheel. For Jeremy the crash was inevitable and Migno and Acosta flew over his bike at more than 200 km/h, luckily without suffering any consequences.

Oncu’s mistake was clear and evident to everyone, but not to Kenan Sofuoglu, five-time Supersport 600 world champion and manager and mentor of Deniz. "For me the decision was not right," he told Speedweek.com.

The official defence of one of his drivers is at the most understandable, but Kenan went even further.

“Even in Formula 1, the pinnacle of motorsport, drivers like Lewis Hamilton and Max Verstappen drive very aggressively. To be successful you have to be aggressive, it's part of the sport. Today the riders complain too much,” he explained.

The former rider and team manager did not limit himself to these words, adding:

"Just look at the videos, I see much more dangerous manoeuvres than Deniz's - he continued - For me, the main reason riders complain about my boys is because they are so strong, because you can't beat them. So they look for reasons to complain. ".

In fact, Sofuoglu's team also includes Razgatlioglu, a rider who has sometimes been accused by his rivals in SBK for his ‘over-the-limit’ moves.

“We are all deeply sorry for the loss of Dean Vinales, but now Dorna has made Deniz and Bahattin (Kenan's nephew who races in Supersport 300, ed.) an example. To show that anyone who rides aggressively can be punished in this way. But it's not fair for my riders. You have to watch the whole race, every rider, Deniz didn't deserve it. This crash was caused by bad luck”.

Not to show a lack of respect for a multiple champion like Kenan, but in Austin more than bad luck it was luck that lent hand, making sure that nobody got hurt. His reasoning, however, didn’t end there.

“This is how they do Moto3 and Supersport 300 races today – were his words - Everyone tries to follow the rider in front to use his slipstream. One thing is certain about my riders: we train more than the others, we work more than the others. We ride aggressively, but correctly. For me it is very important that there are no contacts, but if you only follow your opponents, you will never win a race”.

There is no doubt about this, but it has absolutely nothing to do with what happened in Texas. Oncu, in fact, did not come into contact with his opponent trying to overtake him, but after having already passed him.

It is sacrosanct that a manager always defends one of his riders, but sometimes mistakes must also be acknowledged, even when they are not voluntary. Making a scapegoat of Oncu is wrong, the only rider who was over the top on that occasion, but so is pretending that nothing serious happened in Texas as well. There was never a good silence, says an Italian proverb, perhaps there is also a Turkish version as well...