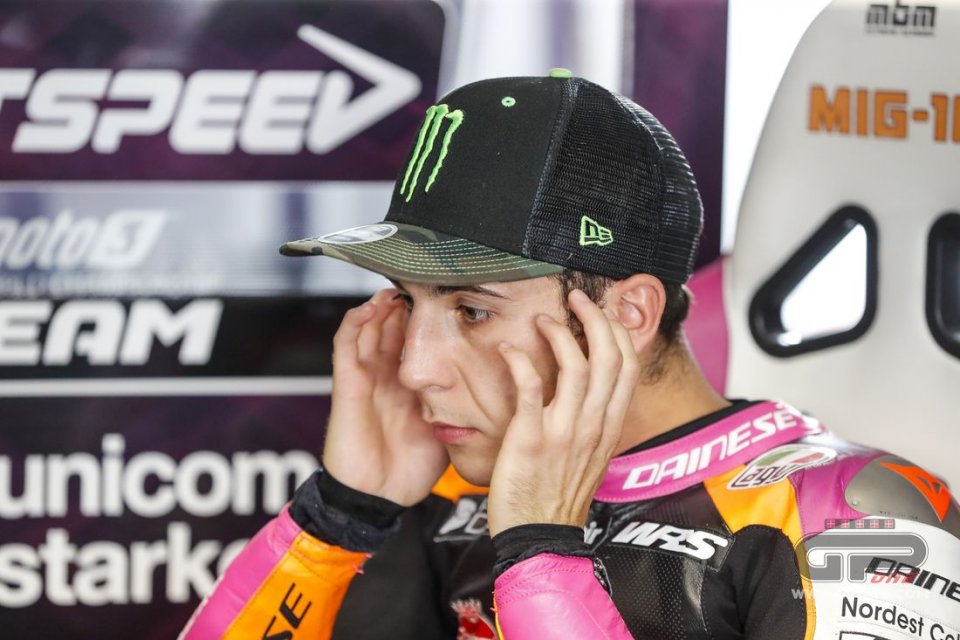 His suit is torn, but he did his duty: Andrea Migno was unharmed after the terrible accident in which he was involved in the Moto3 race in Austin. In the middle of the straight, Oncu cut in front of Alcoba, making him fall. Andrea and Acosta couldn’t do anything to avoid the bike, and were thrown in the air at a very high speed.

Luckily, all the riders got up immediately, happy about the danger they avverted. But Migno vented when interviewed by Sky.

“We were in a potentially fatal fall. Those in charge have to do something and do it now,” he stated. “This year, three guys lost their lives, and we can’t race like this. They have to change something. Someone could have died today too. The truth must be told and faced now. I’m happy because nothing happened to me, but I was really scared.”

Andrea has called for an important change.

“Everything’s fine because no one got hurt. But last week? What else has to happen? It’s something that makes you shudder, but it’s the reality of  it. I hope this is another episode that pushes those responsible to do something,” he concluded.