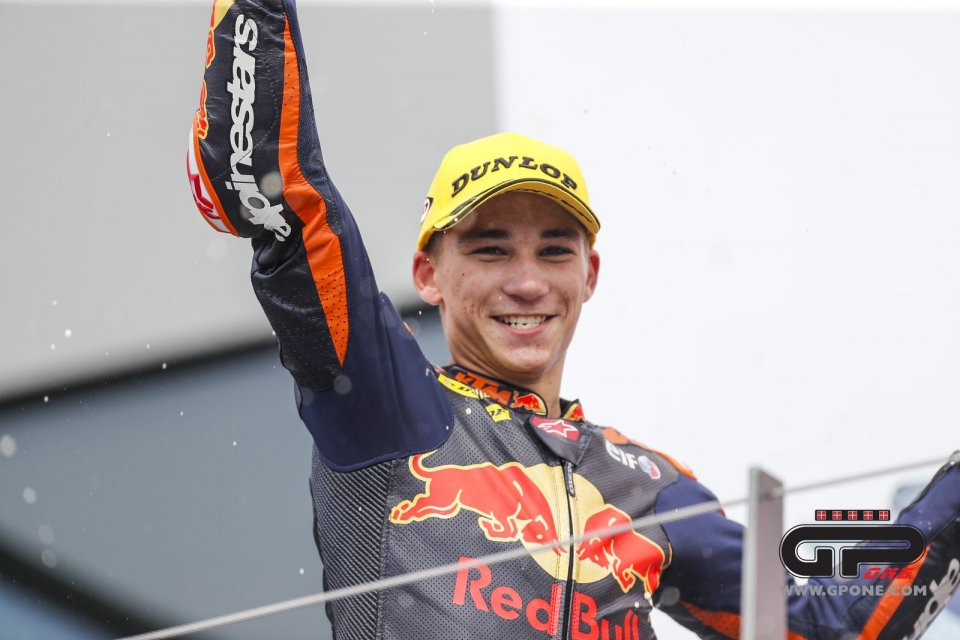 In accordance with Article 3.5.5 of the FIM World Championship, the MotoGP Steward Panel, after having listened to Deniz Oncu, decided to exclude him from the next two Grand Prix, Misano and Portugal.

This was for causing a multiple accident after cutting off an opponent on the straight between T11 and T12.

The penalty has been determined for 'irresponsible riding', as per article 1.21.2 of the Grand Prix regulations.

Migno, after the race had loudly asked for a sanction. 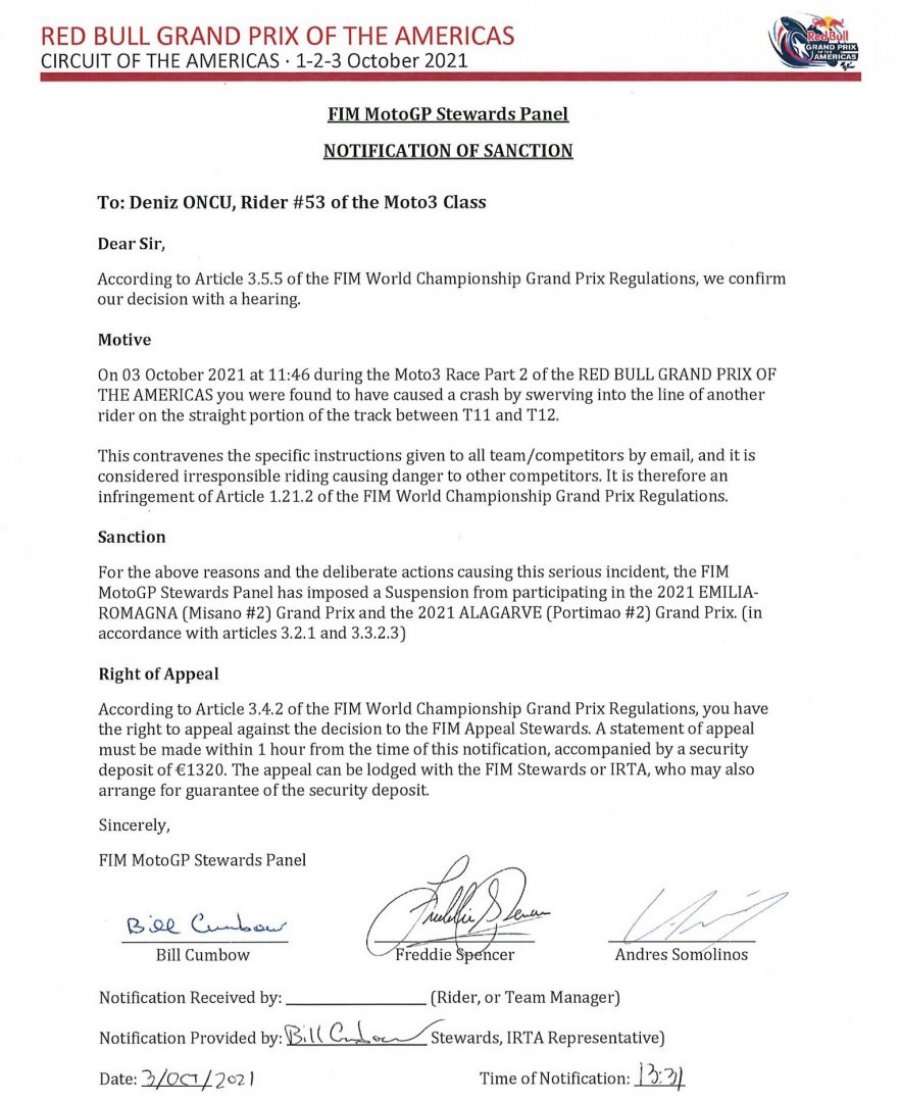