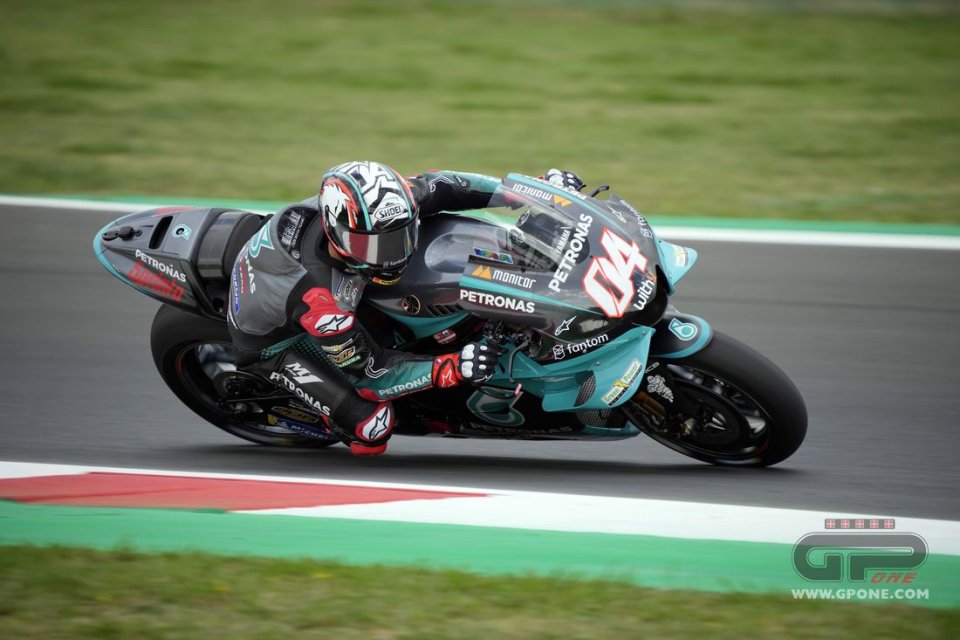 The ice is broken, Dovizioso finally got on the Yamaha and was able to ride it in both dry and wet conditions. It was not an easy debut, but Andrea had taken this into account because after 8 years on the Ducati and getting on the M1, which is perhaps totally the opposite bike, is a big step and it will take time to complete.

"I knew I would have these difficulties, but I decided to do it anyway because racing in a Grand Prix speeds up the work - explained Dovi - This weekend I will need to make the most of the tests on Tuesday and Wednesday".

“Very strange, the bike is very different. The main thing to sort out at the beginning is the position in the saddle, I still don't feel comfortable and I will have to be comfortable to start pushing. Despite this, I have already experienced some good feelings in some areas, but there is a lot to sort out, some things we can do right now, others not ".

Why is it so difficult to find the riding position for you?

“The bike is bigger and longer and if you’re smaller, it affects you. I have to ride to adapt because some things I can’t change because this is the bike.”

Did you find a Yamaha that reminds you of the one you rode in 2012?

"It's a bit early to talk about details, but there are a lot of things similar to that bike. I'm not surprised because I know the Japanese mentality. But I'm just at the beginning, let's say I'm still just trying to ride it (laughs), I'm struggling to find my riding position, otherwise I'd be much faster. Right now I can't put everything together, I have to do a job that is usually done at the end of the year ".

You said you thought the M1 is your bike, did you have a first confirmation?

"In the dry I was 2 and a half seconds down, I was only able to understand the biggest things, the problems arise when you take the bike to the limit. If it is my bike, I will only be able to say at the end of 2022, because in the end what matters are the results. As I said, I'm here to fight for the championship, I accepted this offer because I wanted to try the Yamaha and I'm happy I did ”.

Can't you even talk about your first impressions?

"It makes little sense when you do certain times, but I can say that the feelings in corner turn-in were good, as well as the fact that the bike tells you everything that is happening on the asphalt".

Were you disappointed that you didn’t feel the power of the Ducati on the straight?

"I was already used to the Aprilia, which in this sense is a cross between Yamaha and Ducati. You already understand some things the first time you leave the pit lane, like the fact that it will take me many sessions to find my position on the bike ”.