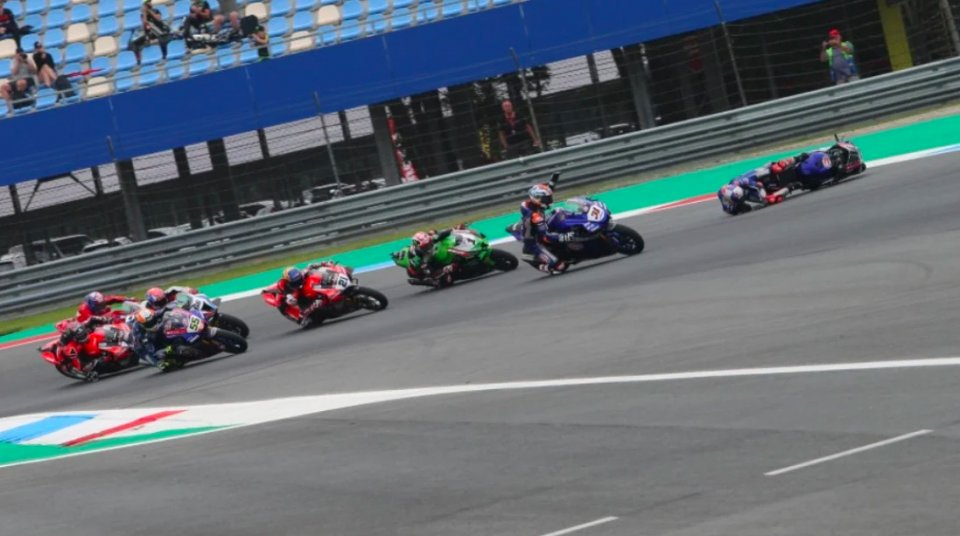 An incident that was on everyone’s lips took place between Garrett Gerloff and Toprak Razgatlioglu yesterday at Assen, during the first lap of Race 2. Yamaha’s American rider braked, maybe too aggressively, which then triggered the Turkish rider’s fall, who was contending for the world title against his Majesty, Jonathan Rea.

Yesterday, Yamaha decided not to let the two riders talk, perhaps to avoid increasing the controversy over the accident, which  certainly penalized Razgatlioglu’s chances in the world championship. Today, however, the press releases were issued from both GRT, regarding Gerloff, and also Yamaha Pata BRIXX, Toprak’s team. In the end, Gerloff took all the responsibility for that controversial episode, difficult to interpret as a simple race error, perhaps because of what was at stake at the moment. As if to say: “There was a mistake, but knocking out Razga was not the best for Yamaha.”

“I'm devastated and can only apologize to Toprak and Yamaha for today,” Gerloff stated. “I had a good start from the third row of the grid. I felt the contact at turn one, but I didn’t realize it was Toprak until I looked back. I feel bad for him, because he paid a great price for my mistake, and also for Yamaha, which worked tirelessly for this championship challenge. I can only apologize to both of them, although I’m well aware that this won’t change the outcome.”

Razgatlioglu spoke about the incident, failing to completely dispel the doubts about the actions of his American teammate on the Yamaha R1.

“In the second race, Garrett made a big mistake. I’m not sure why he tried such aggressive braking in the first corner,” the Turkish rider stated. “I was surprised, and I just feel angry because we lost so many points for the championship. At the start, I passed Rinaldi in the corners, but it wasn’t easy. It was difficult to stop my bike, so I don’t understand why Garrett got inside at that point. At Most, I’ll only try to fight for the victory. I’m no longer looking at the championship points. Maybe I just had a bit of bad luck this weekend, but we’ll fight hard again for the next race.”