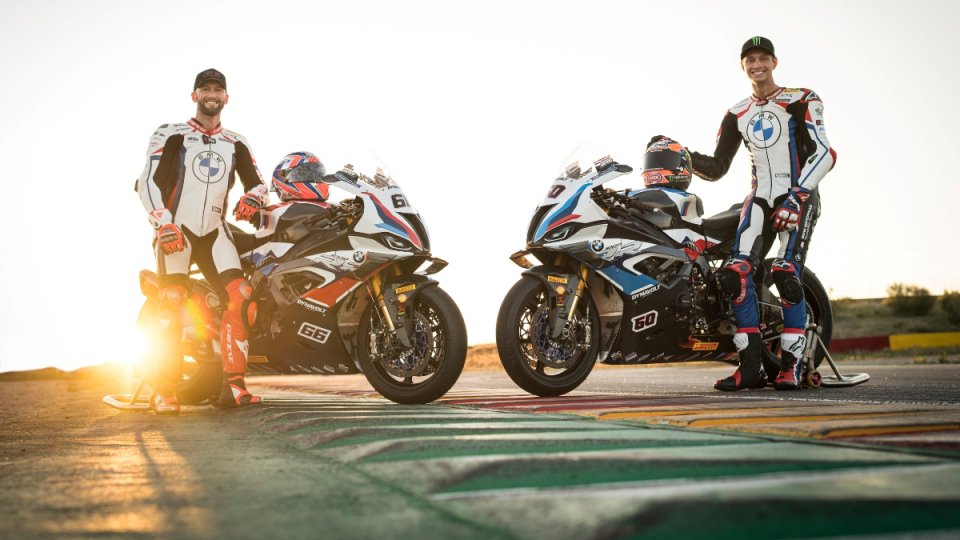 BMW was the only official team that had not yet unveiled its colors for the upcoming season. We're talking about BMW, which in the week leading up to the Aragon round has finally unveiled the new M 1000 RR.

Compared to the livery version 2020, there are no particular news about the coloring brought on track by Tom Sykes and Michael Van der Mark. Particularly close to the official livery is the M 1000 RR of the RC Squadra Corse team, a satellite team headed by the entrepreneur Roberto Colombo.

Finally Bonovo with Jonas Folger, where the blue and white colors dominate the sides of the German bike.