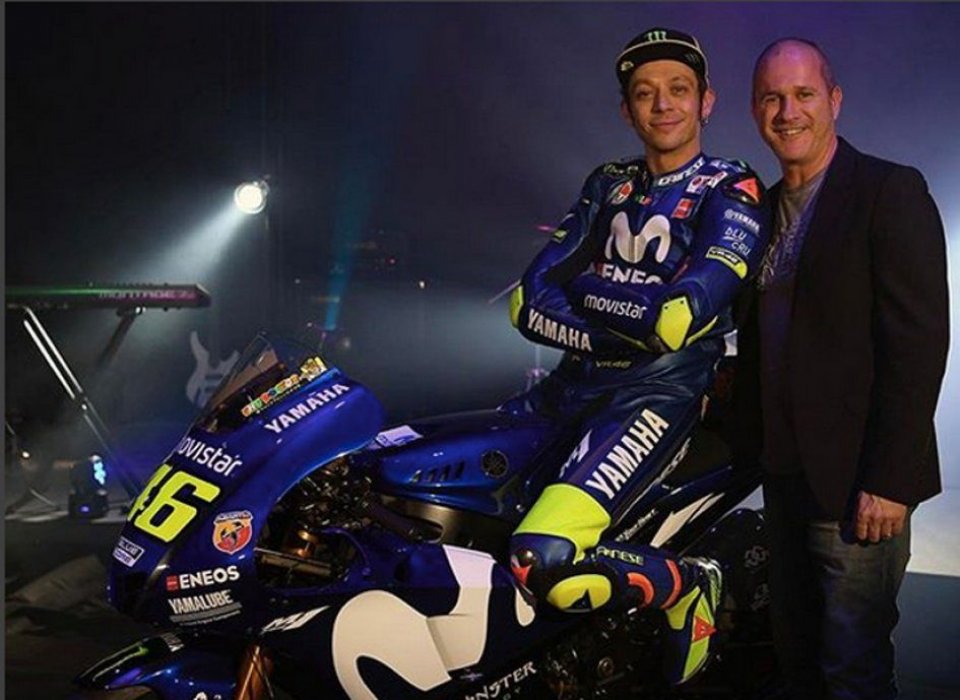 The name exists already - Aramco Racing Team VR46 - as well as the agreement to race in MotoGP for 5 years, starting from 2022. A lot of the pieces of the puzzle, however, still remain to be put in place, starting from the brand of bike that will be chosen for the debut of Valentino's team in the premier class.

With Alberto Tebaldi, the right-hand man of the Doctor and CEO of VR46, we tried to find out more about this new project.

"We had always dreamed of arriving in MotoGP, in view of the development of our team and our Academy, it can be functional for our riders. It all started from there - explains 'Albi' - The desire to have a team in Moto3 came because our guys needed it, then they started going fast and Moto2 arrived. They kept going fast and we started saying: it would be nice to do MotoGP ”.

“We know it will be a completely different commitment, we need to get structured. But the idea took shape and from that moment on we tried to understand how to do it, talking with our historical partners, such as Sky and Monster. At the same time two years ago, in June 2019 to be precise, I met the architect Marco Bernardini, who is the Saudi prince's trusted person, for projects related to Saudi Vision 2030, which involves the construction of three new cities. We started thinking about the possibility of creating a VR46 theme park, like the Ferrari one in Abu Dhabi, and then talking about a whole series of synergies, until we thought it would be nice to share this commitment on a sporting level as well. The idea had a follow-up, so first the sponsorship for the teams took shape this year, as we continued to think about a joint venture ".

It is not a simple sponsorship…

“It is a true collaboration and fills us with pride, because we have been working on it for a long time, it has not been easy. For those who, like us, pursue sporting dreams, having a partner like this, which gives us the strength to carry out our projects, is very important ”.

Will the team be reserved for VR46 Riders Academy riders only?

“No, that's not necessarily the case. We hope and dream that our riders will reach such a level to enter it, otherwise it will also be open to others. So much will also depend on the bike we choose, we know that even the manufacturer may have its needs as far as the riders are concerned. It will work in a similar way to other satellite teams with, of course, one eye on our riders, in whom we are investing a lot ”.

When will we know which bike you will be racing with?

“We hope as soon as possible, we are all in a buzz and we want to get to work, there will be a lot to do. I hope that for the Le Mans GP, Mugello at the latest, we will be able to make the announcement. "

Everyone is talking about Ducati, Aprilia, Suzuki, can't you give us an idea?

“I don't have the elements to do so. I can only say that I am convinced that Aprilia has a competitive bike, they have done a great job, and I'm not sure Suzuki will have two more bikes. What will guide us in the choice will be the type of support that the manufacturer can give us. I think that today, with the gaps that exist, this is something fundamental, if you don't have support at the level of the official teams in MotoGP it becomes difficult, lose those 4 or 5 tenths… and you're screwed ”.

Was Valentino immediately convinced of this project?

"Vale has always lived it in a different way: he is a rider, a Yamaha rider, he goes his own way and so does the team. The plan to enter MotoGP was already there, so much so that last year we took the option of Esponsorama. Vale is happy, because we live for this, for sport, and it is wonderful to be able to compete in MotoGP. It will be difficult, but we will try to do it as best we can, we will start calmly, as with the Academy ".

Agostini raced his final year in 500 in his own team, could Valentino do it too?

“I can't answer right now. The first thing will be Vale's decision whether to continue or not, then it will also depend on which bike we will use ”.