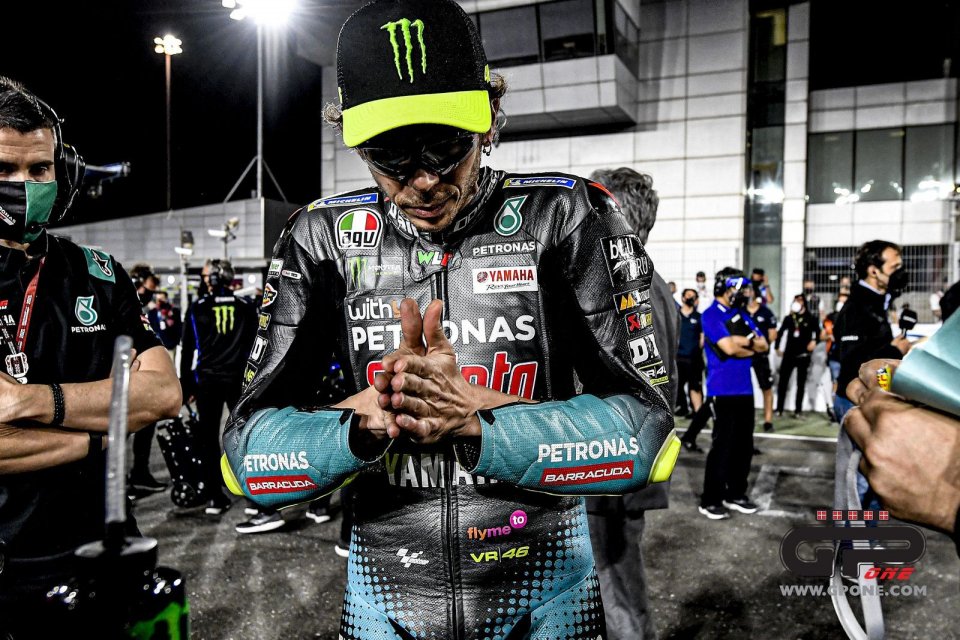 It goes without saying that Qatar was a Grand Prix to be forgotten for the Petronas team. After some good qualifying sessions, everything went wrong on Sunday evening. Valentino Rossi struggled with the wear on his rear tire and was relegated to the rear, Franco Morbidelli had a problem on the grid with the system that lowers the rear of his Yamaha and couldn’t help but bring the bike to the finish line.

It couldn’t have gone worse. The only consolation is that they’ll be racing in Qatar next Sunday and will have to treasure what happened.

Valentino knows this well: “We expected more from the Qatar Grand Prix, but I struggled in the race and struggled with the rear tire,” the Doctor summed it up. “There are some positive aspects to count on for the next race, because a fourth position in qualifying was a great result. It was my fastest lap ever on the circuit, and I was really happy with that. Now, we’ll analyze all the data during these next few days before free practice, and we’ll try to solve the problems we had. in order to improve the sensations on the bike, and we hope that we’ll have a better result this weekend.”

Franco Morbidelli: “There’s something about my bike that isn’t right”

While Rossi reveals a shred of optimism, Morbidelli is pessimistic. What he seems to intend from his words is that his 2019 M1 version pays its price on the asphalt of Losail.

“It’'s going to be a difficult weekend,” Franco doesn’t mince words. “We saw that something is not in our package after the pre-season tests and the race. There are times of the day when everything works well. I was fast in the afternoon, before it gets dark. We need to analyze the weekend data to try to understand why. I hope we can fix it for this weekend. We’ll see what happens. If not, I’ll have to limit the damage, defend myself as much as possible, and take home as many points as I can.”