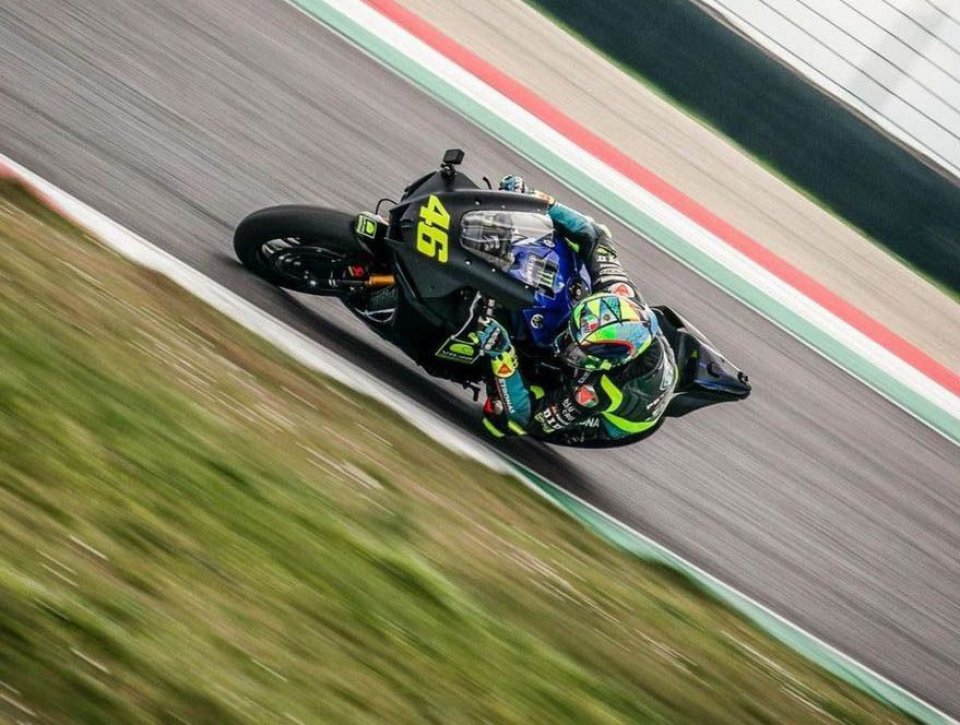 "Good Morning Mugelloooooo!" is Valentino Rossi's quote on Facebook and a tribute to Barry Levinson's very famous Good Morning Vietnam. It's the story of Adrian, a disc jockey, who in Vietnam works for the Armed Forces Radio Service and becomes extremely popular among the troops for the motto with which he wakes up his fellow soldiers. His superiors disapprove of his humor, but there is no doubt that the character, played by a fantastic Robin Williams is a drag.

Perhaps with that in mind, our man let out a similar cry while he was rehearsing at Mugello. And no, the Tuscan circuit is not a Vietnam, but judging by Valentino's commitment it's clear that he's at least preparing for his own personal 'desert storm' next week in Doha.

For the record: in the last two weeks we have seen the Ducati riders riding the Panigale V4 S, Marc Marquez on the RC213-V S and the Yamaha riders on the R1 M, a bike also used by the KTM riders who no longer have a supersport up to scratch. The only ones who didn't need a 220 hp road bike were the Aprilia riders, thanks to concessions.