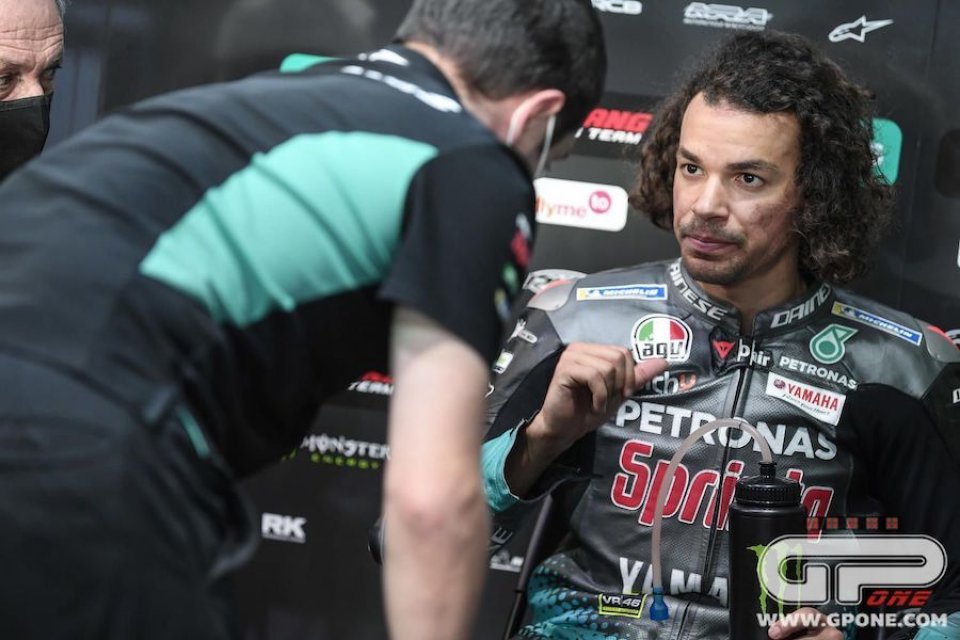 The final day of testing in Qatar went by in the pits for Franco Morbidelli who, like many of his colleagues, preferred not to challenge the sand on the Losail track. Apart from today, however, the Yamaha Petronas rider was among the most convincing of this pre-season and, according to most observers, he is one of the favourites to get on the podium in the first GP of the season.

"We will see how the race weekend goes - said Morbidelli - It will certainly be very complicated but I think I can compete for the top positions".

Does this forecast derive from your performance on the track during these test days?

“I did well both over one lap and as race pace in these days. I am happy with these tests because I had the opportunity to do everything that was needed. Too bad about today, the track conditions were too close to the limit, but in any case I am satisfied even though I could certainly be in better shape ”.

The best rider of these tests, at least from the point of view of the times, was Jack Miller. How do you see him in the fight for the world championship? Is he the favourite?

"To be honest, we didn't come across each other on the track but he has a good pace and excellent speed on the straight. Last year he finished the season showing a great pace, certainly he will be one of the contenders for the title also because he has already fought to win one in his career. "

“There are three very strong rookies, but even Zarco can be a surprise. For the moment I say that one of the three rookies will be the surprise, but I won't tell you which one ”.

Can you be part of the game with the updates that Yamaha has brought you? Certainly from a technical point of view you are starting a few steps behind the other riders.

“The new things brought by the manufacturer have worked here in Qatar and I think they will also work in other circuits as they are very simple and substantial. It will certainly be a difficult season, last year too it was but by working hard and working well, I saw that you can also reach goals that you don't expect. I know that I don't have all the energy focused on me but I am aware of my knowledge of the bike which is my strength together with the environment that exists with my team."

Compared to the other Yamahas what are you missing?

“I can say that at least this year I’m not lacking straight-line speed, at least not here in Losail. Compared to last year, there is less distance between me and the official riders in this area. Certainly my bike improved in that situation but so did the factory riders in other areas. The top speed, however, was one of the things that penalized me the most last year, at least in 2021 I will not be slower than the others ”.

Apart from the ‘noise’, what else did you notice about Rossi in these early days as team-mates in the box?

“I wouldn’t know, I love spending time with Valentino and Uccio, I've known them since I was a child and I have a good time with them. While we work we are rivals, everything else is just time I spend with them”.

One person who is always present in your garage is Ramon Forcada, what were his feelings on these tests?

“It is always difficult to read something from his face or from his words. He is a man of experience and never gets carried away by emotions, he is always thinking about the next move ".

Bezzecchi: "I like Le Mans, but I'm afraid of it, surprised by my...