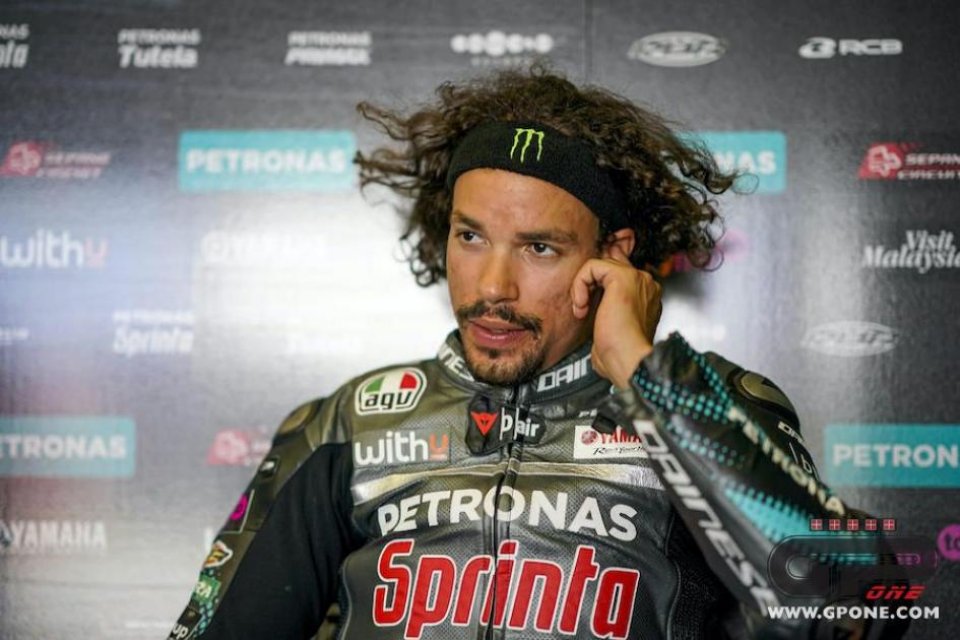 It’s really true: you only see the results at the end. Franco Morbidelli, third in the Portimao GP, is second in this incredible world championship. “I’m really happy with this season. It didn’t start out in the best way because, when I found out I was getting a different package than the other Yamaha riders, I was frustrated. But we were able to point all the problems in the right direction. Now’s the time to rest and think about next year.”

Franco was fast on the Portuguese track, trying to achieve another victory. But, he said, “Miguel was unbeatable, unattainable today. At the beginning, I tried to keep up with him, but I quickly understood that he was faster. It was impossible.”

What Petronas did and, above all, the work that Morbidelli did with his Forcada technician, turned out to be a choice that paid off in the end. Behind all this was the commitment of the team, but also Franco’s stubbornness with the work carried out.

It was Franco’s work that brought it all out. “I spent a lot of time in the gym and worked hard with the team to get the most out of our set-up. We were able to take advantage of the potential of the bike, especially on the tracks where two races in a row took place. In the second, I went very fast because we understood what we needed to improve the set-up and how we could get this performance on the road.”

Study, work, power, desire: these are all of Morbidelli’s secrets. Combined with a pinch of imagination, which Franco always puts into it. Plus talent, of course.

“It’s nice to close this championship with a podium. It’s wonderful, really. We had a bit of bad luck. We didn’t have all eyes on us, but this helped us. I want to thank the team and Yamaha. In the end, we did a magnificent job.”  And he added: “There was a special relationship with Forcada. I’ve never been so happy. I was lucky enough to always work with fantastic technicians.”

A job that obviously paid off, and the results prove it.

“If they had told me that I would’ve won three races in this world championship, I would’ve started crying. This is shocking. It’s been a great season, and I can’t hide the fact that, at the beginning of the year, I felt like Yamaha’s fourth force. The simple fact of having a bike that is different from the others made me feel a little less loved, but I concentrated this anger by working at home and with the team. This paid off and made us make a difference.”

But now there's the leap into hyperspace. Franco will be with Valentino Rossi next year. In 2021, he’ll share the garage with Vale, his friend and mentor.