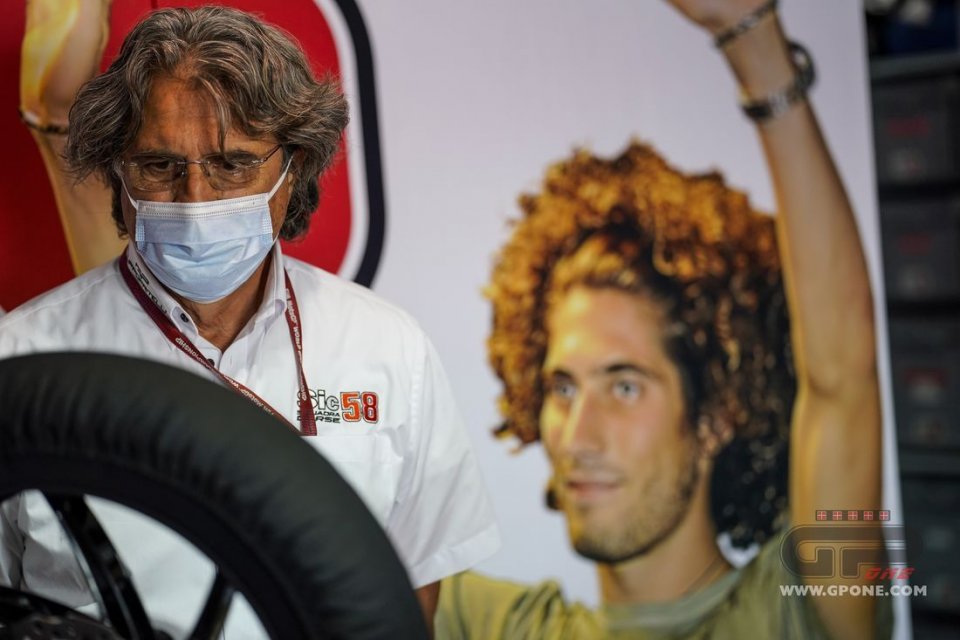 Paolo Simoncelli is fighting a battle for the rules to be respected and not interpreted in Moto3 depending on how the wind blows. In his sights are the FIM Stewards, headed by Freddie Spencer.

The problem arises when a rider goes onto the "green" area, that is, he exceeds the limits of the track by putting the wheels on that particular strip of painted asphalt. It’s a manoeuvre that should be immediately penalized when it happens on the last lap of a race (in Austria, in Moto2, Martin lost the victory for that mistake) but it doesn't always happen.

At Aragon, Arenas and Masia went onto the green (the former losing time, the latter not) and no measures were taken.

Paolo Simoncelli wanted to have his say on what happened.

"Here we go again! Another result distorted by crazy interpretations by the Race Direction, I continue to waste time talking about this where we could talk about something else always on the same subject: the now rather questionable rule of the use of the green area outside the curb, especially if this happens on the last lap".

"These gentlemen who are part of the Race Direction must enjoy being hated by people and I am amazed at a former rider like Freddie Spencer who says nothing, on the contrary he agrees with this way of working - he wrote - It's a rule that is far too interpretable, too subjective and therefore wrong. We are in the hands of people who do not know how to do their job and hide, as I have already reiterated other times, behind their authority and in their offices thanks to Covid, who do not understand the seriousness of the situation. I would like to underline that I am not biased and I have no interest in fighting this battle because even if the top riders were penalized, Tatsuki would still have finished 8th and Niccolò lost in his negative period. I insist on this subject only because it is not right for all those riders who never miss the trajectory and do everything right. The rule is absurd and wrong and must be changed, I will never stop fighting until the concept that whoever ends up on the green is off the track gets into my head”.