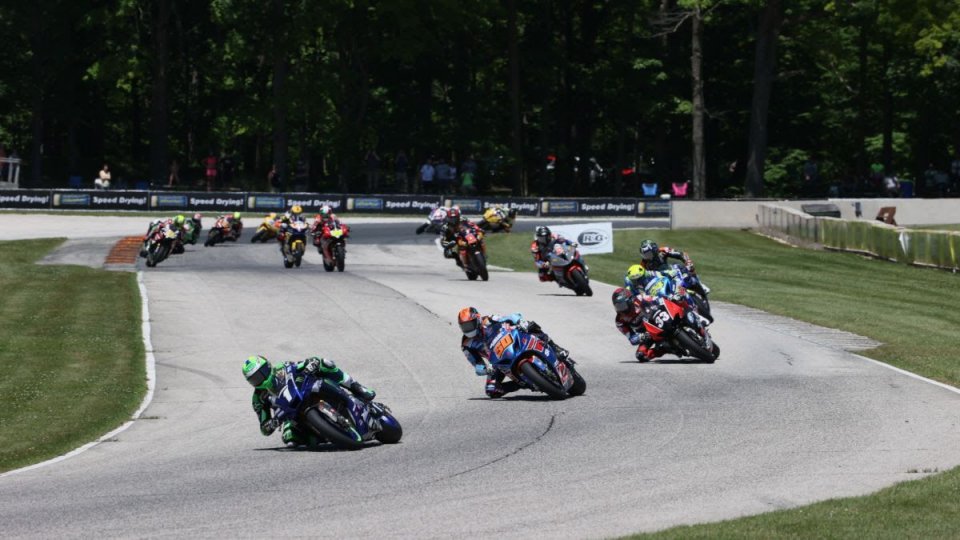 The second weekend of the 2020 MotoAmerica season took place over the weekend and the surprises were certainly not lacking, but let's have a look at things in order. The scene of battle was once again the Road America circuit, where the defending champion Cameron Beaubier laid down the law in the first round, which he continued to do on Saturday, on the occasion of race 1.

In fact, the Yamaha rider made the most of the start from the first slot on the grid, maintaining first place from the lights to the flag, thus becoming the most successful rider in history at Road America with 10 wins. The first of the "humans" was the young Suzuki rider Bobby Fong, second more than six seconds behind and the first podium of the season for him, while the fight for the third slot between the Ducati rider Kyle Wyman and Toni Elias saw the Ducati rider prevail, but only after the race.

In fact, the Spaniard was the first to pass under the chequered flag on the track, but an overtaking move under yellow flags cost Toni two seconds’ penalty, which relegated him to fourth place. Behind Elias, Mathew Scholtz's Yamaha, followed by Jake Gagne and Josh Herrin's BMW.

In race 2, the song, at least as far as the first place was concerned, looked to be the same, but here there was a twist. Cameron Beaubier, firmly in command of the race, saw the possibility of taking another brace of wins vanish on the fourth lap, when a crash in Turn 1 ousted him from the scene.

So here the doors of paradise opened up for Bobby Fong, who was able to hold off the pressure of Jake Gagne (second at the flag) and take his first victory in MotoAmerica, breaking the supremacy of Beaubier and Yamaha. Completing the podium was once again Kyle Wyman, who thus took the Panigale V4R to third place for the second consecutive time.

It was a Sunday to forget instead for Toni Elias, who ended up on the ground on lap 8 following an entrance certainly on the limit by Mathew Scholtz, who finished fourth at the flag: at least the Spaniard managed to get back into the race, limiting the damage with seventh position.

After four races the championship classification obviously sees Beaubier in command with 75 points, 9 more than his teammate Jake Gagne, while Bobby Fong is third at 56, only two points ahead of Wyman. The appointment is now set for the weekend of August 2, when the MotoAmerica circus will be staged in Atlanta. 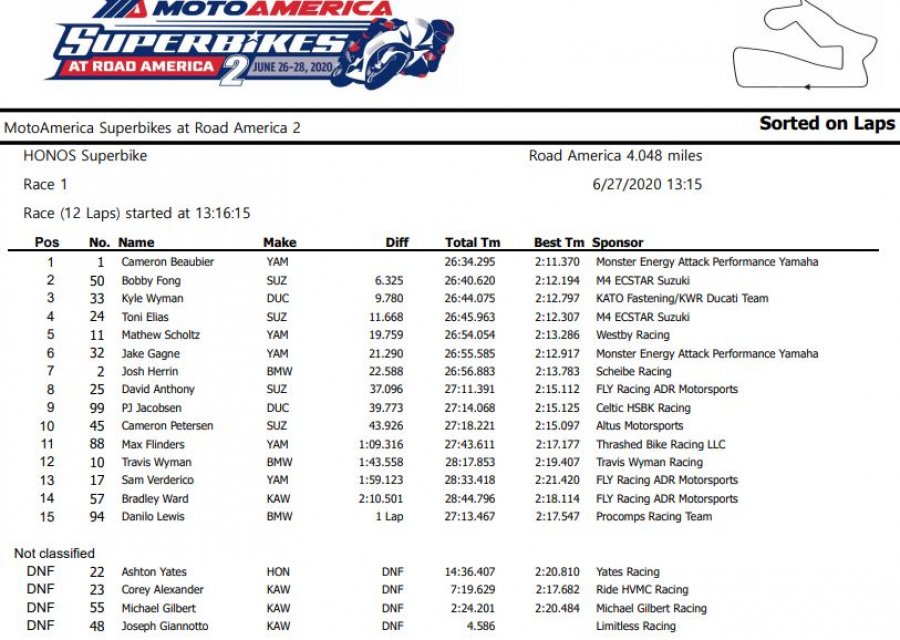 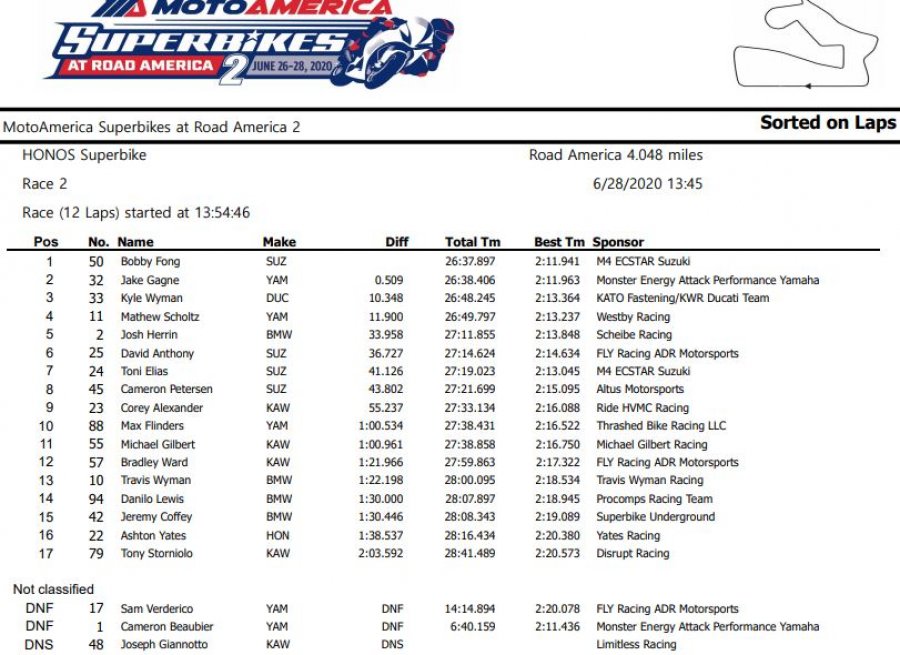