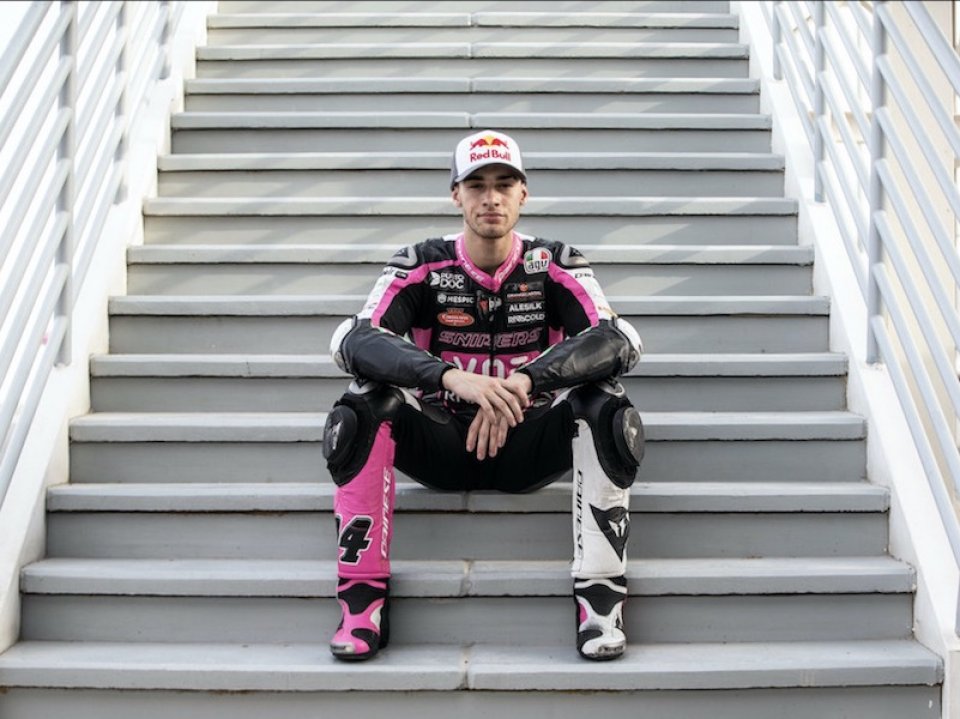 MotoGP has not yet started in 2020. In addition to Superbike, Moto2 and Moto3 have taken to the track for one race when, in the unprecedented weekend of Losail and without the presence of the premier class, they monopolized the scene.

The strange weekend in Doha, which began with the press conference of Carmelo Ezpeleta on the subject of the coronavirus emergency, ended with a victory in Moto2 by Nagashima, 10 years after his fellow Japanese rider, the late Tomizawa.

A lot has happened in the middle, especially in Moto3 and especially for Tony Arbolino who in the course of just 72 hours found himself passing from being #1 favourite for the title to the gravel at Turn 1 after a contact with Binder.

"It was a weekend that left a sour taste in my mouth - Arbolino told us during an interview on the phone - Now I am here, forced like everyone else to stay at home without a podium finish; it hurts but it is making me stronger. Now I am in Lugano and I am trying to train at home because the gyms are closed here too. I hope to be able to get back on the bike already tomorrow, but I think we will have to wait a bit longer. "

Is this the most difficult thing in this period? Being able to keep fit while not knowing when the next race will be?

"Yes, absolutely. I did my winter athletic training and then dropped off in view of the race, now I have to make another push for the training and then another drop, but I'm not sure when, it's a bit unnerving. We will probably be back on the bike in June or July and it will already be good if we could do 13-15 races".

We know you have a close rapport with Jorge Lorenzo, have you spoken to him in these days? Is he giving you any advice?

"Jorge is shut up in a hotel in Dubai, every now and then we speak to each other and chat about this or that, we make fun of each other and when he writes I am always very happy and pleased."

We often talk about Valentino Rossi's Academy and the riders he is helping to grow. Is it a bit the same for you with Lorenzo?

"Yes, absolutely. Having a champion like Jorge at your side changes you, it's like for the riders of the Valentino Rossi Academy. The steps forward he makes you take are not so much a guide, but a help for your mental attitude; being close to a legend of this kind is helping me to improve in many aspects, especially when thinking about the result ".

Going back to Qatar, many observers said you were favourite for the world championship and also in the press conference at the beginning of the weekend this fact was confirmed. But the race did go the way you wanted, did that make you lose some confidence? 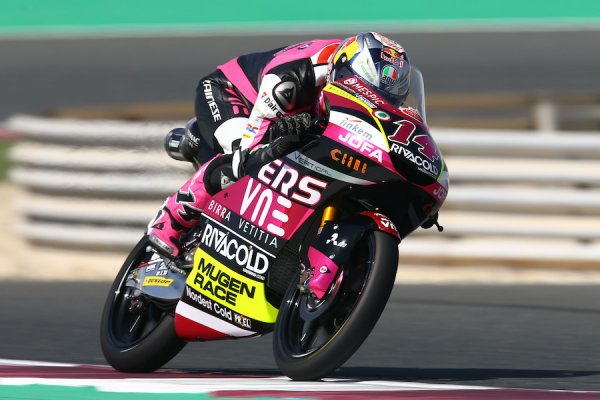 "I can’t hide the truth; this is the third year I’ve been with this team and the second with my new crew chief. I'm in good shape. This year, I worked twice as hard at home to prepare myself then last season was positive, and it is clear that many say that I am the favourite. I think about it as little as possible and it doesn't affect me at all. I know I am well prepared, I learned from my 2019 mistakes even if in Moto3 it is always complicated. In Qatar I was the favourite, then Binder hit me and now I'm 15th in the world championship."

Who can be your opponents for the title? In Moto3 it is always difficult to get a good idea about who is the favourite...

"McPhee will certainly be my number one opponent but Masia will also be up there as well. There are many races where we can lose something, in the end the rider who crashes as little as possible will win."

Let’s now talk about the future but also a bit about the past. Obviously, your goal is to switch to Moto2, which could have happened already this year. Do you feel ready and what will be the obstacles you have to overcome?

"Yes, there was some talk last year but then I stayed in Moto3 and now I'm focused on the category. When I make the switch, it will be a little complicated from a technical point of view because it is a big jump and the bike is very different. I will have to train as I am doing now and even more, but at the moment it is still a little early to talk about the team. "

In this obligatory break period Dorna is still trying to organize events for the public such as the Virtual Race on Sunday, did you watch that?

"Yes, I watched the race and then I wrote to Alex Marquez on Instagram, he was happy to be at the top of the championship at the start. Mir made me smile a lot, he was leaning as if he were really on the Suzuki despite having only a joystick in his hands, it was good fun. For me if they improve in the organization these races could be really important for the fans. I really like playing MotoGP, but I'm more interested in war games "

One last curiosity, for years we have been reading about riders with pre-race superstitious rites or even someone who always wears the same underpants during a race. Do you do anything like this?

“I have a routine that I use since I have been in the world championship; I try to change as little as possible because doing everything the same way makes me feel more confident and ready for the race. I eat at a certain time, I do stretching and exercises, and if I forget one I feel bad "