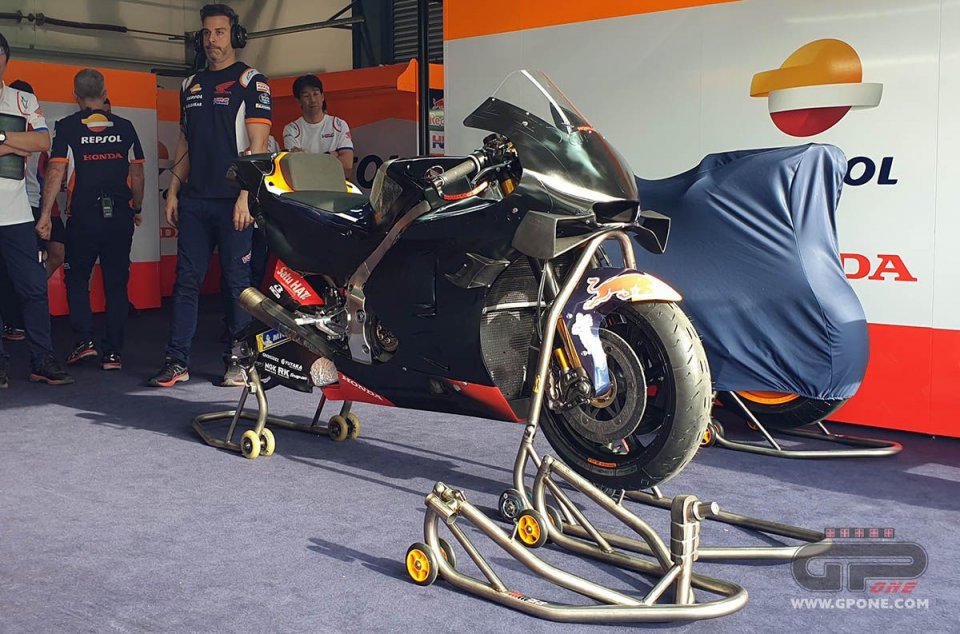 The Honda RCV 2020 doesn't seem to be a great creation. The feeling was already present in Sepang, but the Losail tests seem to have greatly increased Marquez's and the HRC Team's concerns. At the end of the second day of testing, Marc had already said that he was not that worried about the conditions of his shoulder but rather about the competitiveness shown by the RCV 2020, far from the level they expected.

During the night is when they probably decided to resort to drastic measures. The HRC Factory Team technicians did, in fact, taken one of the 2019 specification bikes from Nakagami's garage and painted the motorcycle's fairing with a spray can. A job as hasty as it was pragmatic, but it was necessary, in order to allow Marc to compare the two motorcycles. Marquez probably wants to understand how many of these problems derive from the choices  the technicians made in developing  the bike and, instead, how much he's influenced by the new Michelins, which seem to have changed the numbers on the field.

In fact, while there are three bikes in Marc's garage, Japanese rider Nakagami will now have only one bike available. Yesterday, the LCR's rider was also the fastest Honda rider, and this must have convinced Marc even more to perform this test.

Crutchlow is continuing to work on the 2020 bike, and the new aerodynamic appendages on the front were removed from the RCV today. It seems clear to the HRC engineers that something is not working as perfectly as planned.