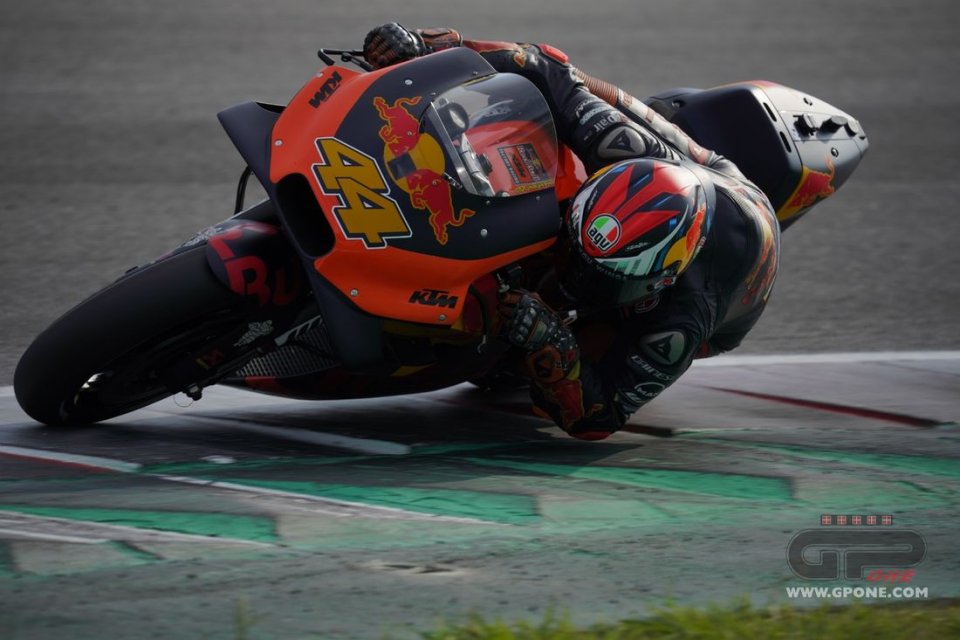 2020 is closer than the calendar would have us believe, particularly in the minds of riders and engineers. While Honda was the first manufacturer to bring next year's prototype to the track, followed by Yamaha at Brno, it's KTM's turn at Misano. The 2020 RC16 bears the signature of Dani Pedrosa, who has moved forward with development far from prying eyes, and Pol Espargarò is very pleased with the work completed so far.

“The most important thing is to have already tested the 2020 prototype together with Pedrosa. Dani is doing a really good job and I was able to ride the bike that he has been helping to develop”.

What has Pedrosa's contribution been exactly?

“Dani has a very precise, clean riding style and asks a lot of the bike. The 2020 KTM helps us to have greater speed through the turn  and give us more confidence when the rear starts to slide. It's already a little better than the current bike and I'm pleased about that, because we and Dani are doing a good job”.

Where have you focused?

“On the frame mainly, because it's the area where we're suffering most, while the engine is ok. As for the chassis, we suffer a little with understeer and are lacking traction when the throttle is partially open. They brought us some frames with different philosophies and I'm pleased.

Did you test any other new elements?

“Some material that we'll definitely use in the last races but, as I've said, the important thing is that we've tested the 2020 bike and I'll do so again during the next tests at Aragon”.

Will it be possible to use part of the 2020 bike already this season?

“I don't know, but I'm sure we'll be able to take a step forward between now and the end of the year, particularly in the races. We're already fast in practice, but then in the race we finish 20 seconds from the front and that doesn't allow us to do more than 8th or 9th place. We consume the tyres too much and that causes us to suffer from mid-race on”.

What do you expect from Misano?

“We've done a good job testing here and I'm confident ahead of the race. I've always finished top ten and am sure we can do well, I think we've all improved a lot”.