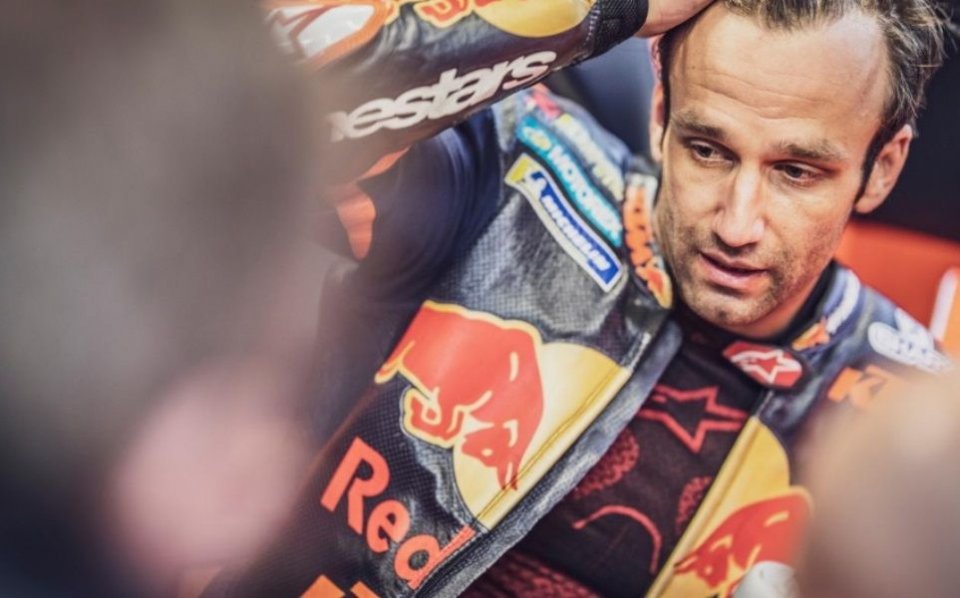 What's important now for Zarco is to get on the bike and try to have fun until his last race on the KTM. He tried to also in the Misano tests that, for the French rider, already ended today. "Dani Pedrosa will take my place tomorrow," he said.

Despite the lack of time, we can say the tests were productive for him. And also fast (an 8th place in the rankings), even if the test times should always be taken with a grain of salt.

"The important thing today for me was to adapt to the time references because Misano is a very different track compared to Silverstone, also because of the asphalt," Johann explained. "I didn't have new components to test, so I was able to play with the set-up, and I must say that I immediately got some good times starting from the first time out. This helped me do a quality job, then I got a good time with the new tire, which allowed me to finish the day with a smile."

That smile is the most important thing for Zarco, who has had difficult moments, which led him to interrupt his relationship with KTM.

The French rider still doesn't know where and if he'll race next year but, meanwhile, he seems to have found the joy in riding again.

"After the important decision I made two weeks ago, I was able to get something off my chest. I'm less doubtful and not as sad, and so I feel less pressure," He admitted. "I was always in the top 15 in all the rounds at Silverstone. Something I wasn't always able to do. Having a clear mind will be good, and I'm confident for the rest of the season. I just have to go fast to earn something for 2020."