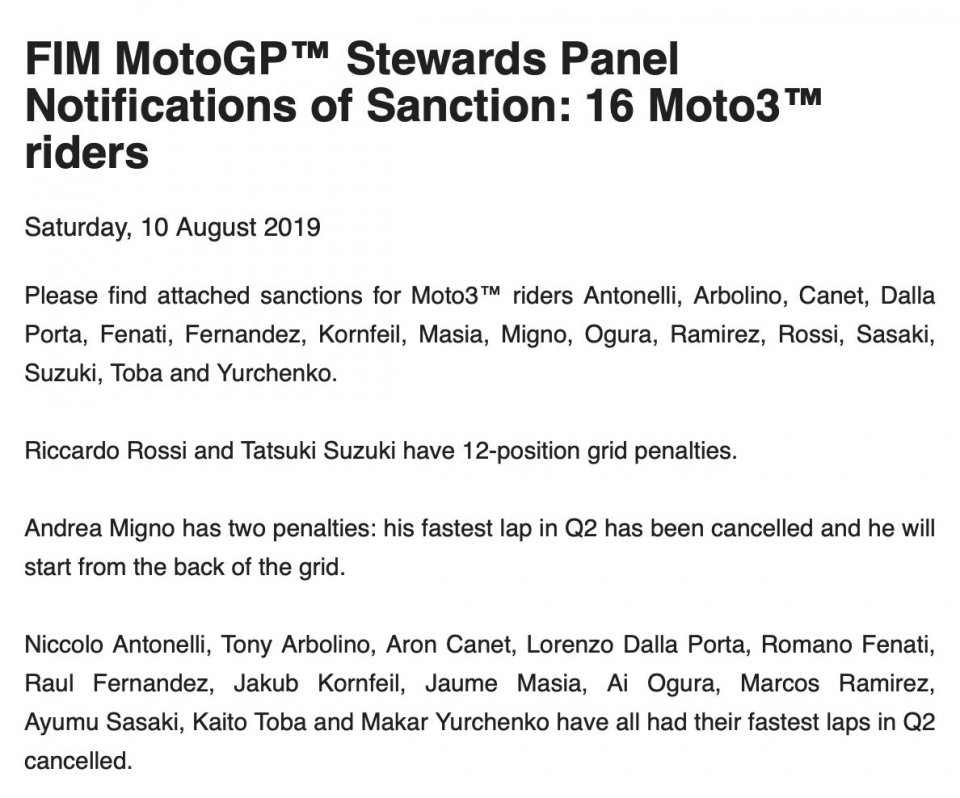 Andrea Migno has two penalties: his fastest lap in Q2 has been cancelled and he will start from the back of the grid.

Dovizioso: "The riders are too young? Even older ones are sometimes not...

BSB Snetterton: Mackenzie wins the sprint with three riders in 0.095