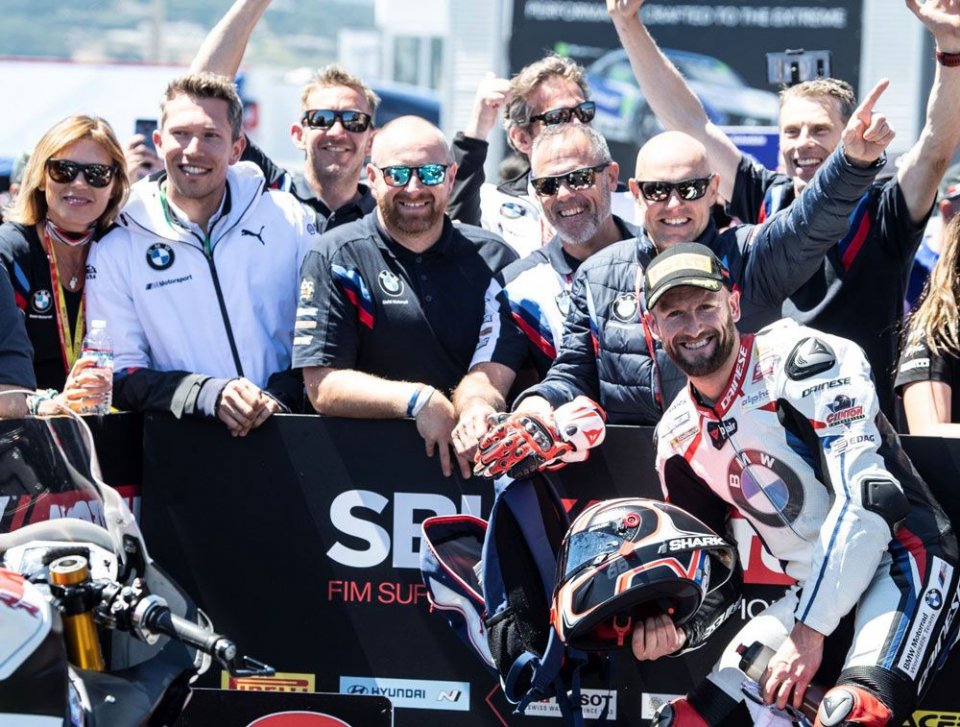 Tom Sykes goes on vacation with a smile. His BMW is not yet perfect but, race after race, he gets closer to his rivals. It also happened at Laguna Seca where, in the Superpole Race, he got his third place in the debut season for the S1000 RR. More importantly, the British rider has managed to collect a lot of data that will be fundamental to continue developing the bike during this 7-week break before the Portimao round.

"Generally speaking, being the first year, it was a very productive weekend," said Tom satisfied. He then pointed out what the main flaw was in the German bike. "The BMW doesn't yet seem to be able to make the most of its tires and, these days, we gathered a lot of information. I chose a different course than usual, focusing on softer compounds, and it was interesting. I had fun, but I couldn't keep up the initial speed in the final part of the race. This summer break will be useful for the guys on the team who can analyze all the information we collected."

The outcome is positive for Sykes.

"In this first part of the season, I managed to get on the podium 3 times. In some races, I was a bit unlucky, so it was very positive " was his opinion. "The development on various areas of the bike is promising. I'm having fun riding, and my relationship with the team and the company is good. Progress has been impressive."

Perhaps the team is also paying a bit for its slight inexperience and, in hindsight, the best tire was not chosen in Race 2.

"The choice of the soft tire was a gamble " admitted Sykes. "It had gone well in the Superpole race, and we wanted to try it in Race 2. It wasn't that bad considering that it's a soft tire. I certainly wonder how it would have gone with another tire, probably better, but I was still in the top 5. I kept a good pace, even though I made some mistakes. Like I said, we gathered a lot of information, and everyone is happy at BMW with my results in the race and in qualifying."

In Race 2, Tom came close to Lowes' Yamaha. A good result, considering that the R1 can count on a year of development and many riders.

"The Kawasakis, and we all know their pedigree on this track, and Chaz Davies, got ahead of me, so we have to be happy, realistic, and optimistic for the future " continued BMW's rider "If I can fix my limits, we can become much stronger. Now we have 7 weeks to work and become more competitive."

The last question is about the many engines used in this first part of the season.

"I'd like to start at the bottom of the grid, but with more horses," joked Tom. "We're learning. Unfortunately, at Misano, we were unlucky and, at the beginning of the year, we probably took a wrong turn. It always depends on how you look at things. From my point of view, I'm happy because the progress is evident. I came from Kawasaki, which was a winning bike. But, looking at the results so far, I can say that BMW is very promising."