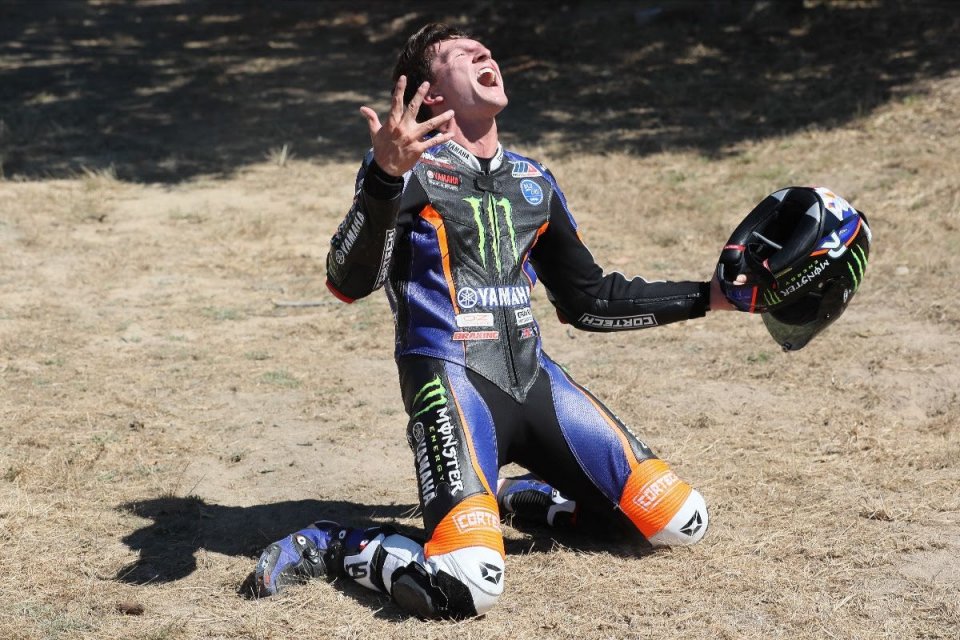 Laguna Seca was not only the setting for another chapter in the duel between Toni Elias and Cameron Beaubier, but also the stage for a sweet first. We are talking about the first win in this class for Garrett Gerloff, the 23-year-old two-time Supersport champion who is in his second year in the premier category.

After his second place finish yesterday, the Texan decided to perfect the situation: starting from behind Elias, he quickly moved into the lead to then pull the pin, maintaining a pace that none of his rivals were able to match and finishing almost five seconds ahead of the Spaniard's second place. "I’m ecstatic, for sure. There’s been a lot of emotions the past year and a half, getting used to the Superbike and everything -  Gerloff commented - aIt’s been a long road. There’s been a lot of ups and downs. To finally get it and to do it here even more in front of the World Superbike guys and everything, it’s just something that I’ve wanted for so long, something that’s been on my bucket list forever. When I started racing, I was watching the MotoAmerica guys, AMA guys back in the day. That was one of the things that I wanted to accomplish in my life. To finally say that I got just one win, it just feels awesome."

As we mentioned, second place went to Toni Elias. It was definitely a positive second place for the Spaniard who won the long close-quarters battle with Beaubier, moving even farther ahead in the standings. The Spaniard now has an advantage of 39 points, with four rounds left to go. "I’m not happy about today. I made a couple of changes. The bike this morning was feeling so great, much better than yesterday in cold conditions but when the races start, I was losing the rear, the front. Mistake with the setup today, but it’s okay. We tried to manage the situation. My strategy didn’t work, too. I was thinking that I was able to catch Garrett, but it was impossible.. Always it’s him. Always it’s Cam (Beaubier). When Cam is there, he’s right behind me. Unfortunately, we fight each other and I’m just trying to open the gap little by little, but it’s difficult to open the gap. Difficult not to do mistakes. It’s going to be so difficult, so long. Anything can happen."

Like yesterday, Cameron Beaubier rounded out the podium, unable to make up points against Elias on a track which, on paper, should have been friendly. "That was a tough pill to swallow. Yesterday was a pretty frustrating race. Last night we went over some stuff. Made some good changes. I was feeling really confident, really good going into today’s race. Just didn’t pan out like I wanted to.. Hat's off to my teammate, Garrett. He rode incredible. I know exactly how that feels. Garrett put me in a good mood, seeing how happy he was."

Just off the podium was the other Suzuki rider, Josh Herrin, getting the upper hand over JD Beach, fresh from a crash in the Tissot® Superpole Race. Sixth place went to Matthew Scholtz, who takes home some points after his zero yesterday, finishing ahead of Jake Gagne. 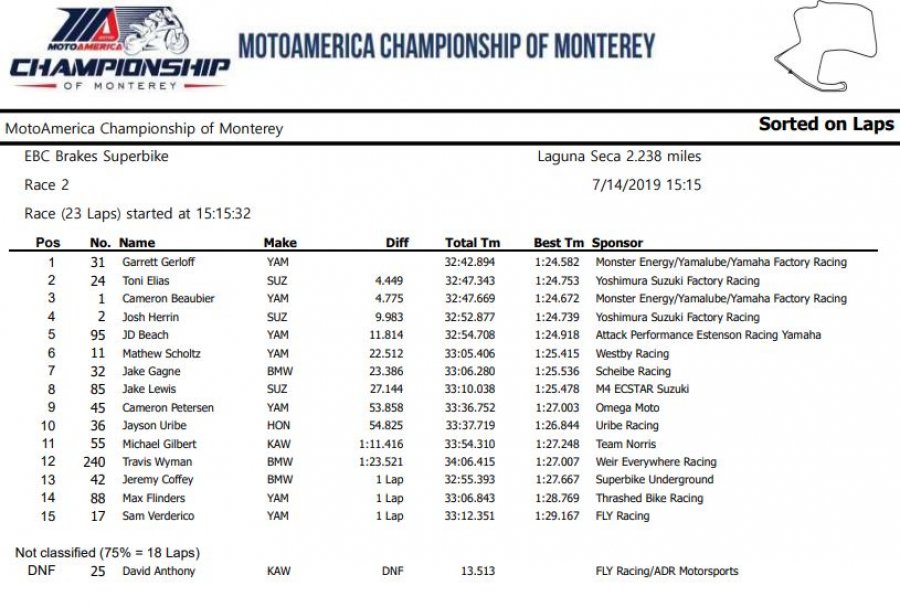